Fans Of Kotoko Supports Club With Over GH¢15k 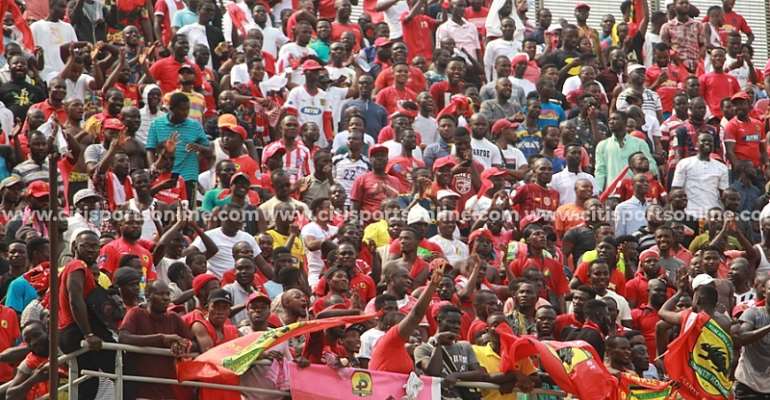 Ghana Premier League giants Kumasi Asante Kotoko has received a donation of GH¢15,881.00 from its supporters, Modernghana Sports can report.

The Supporters group known as the National Chapters Circle (NCC) are known for mobilizing funds to help the club from time to time.

It can be recalled that the group came up with the idea of contributing money through mobile money in the early pasts of the Ghana Premier League season to help the club financially after they were slapped with a 3-match ban by the Ghana Football Association (GFA).

It is understood that the supporters continued to raise money through the medium and has since been able to donate GH¢6550.00 to Asante Kotoko according to General Manager for the club Nana Gyembibi Coker.

In addition to that amount, some donations from individual supporters totaling a sum of GH¢9,331.48 has been given to the club.

The cash put together see Kotoko receiving GH¢15,881.00 from its supporters.