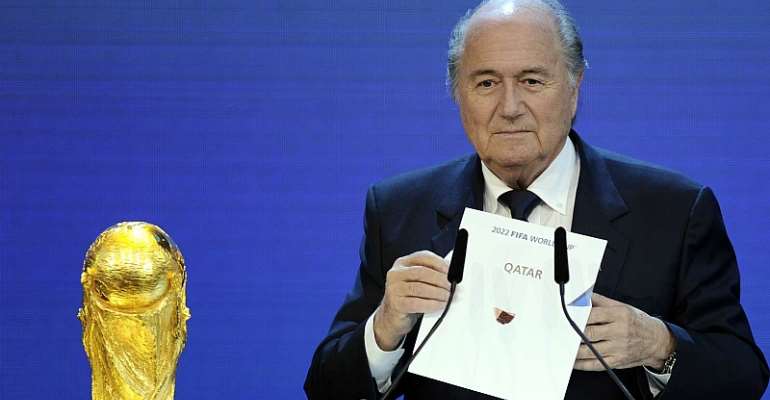 Former FIFA president Sepp Blatter believes that staging the 2022 World Cup away from Qatar is still a possibility amid fresh charges of bribery in the bidding process.

The U.S. Department of Justice issued an indictment last week charging that Russia and Qatar paid bribes to secure votes in the process that saw them awarded the 2018 and 2022 World Cups, although both countries have vehemently denied any wrongdoing.

According to the indictment, former Brazilian federation president Ricardo Teixeira, the now-deceased ex-COMNEBOL president Nicolas Leoz and a co-conspirator received bribes to ensure their votes for Qatar to stage the tournament.

The indictment raised the possibility that FIFA could opt to take the 2022 World Cup away from Qatar, though doing so would create a number of logistical challenges.

Chief among those would be finding a new host in a short period of time, but Blatter has offered up a pair of suggestions for a quick replacement.

“Germany could do it. But this would mean the World Cup being staged in Europe again after 2018,” Blatter said in an interview with Sport Bild.

“Europe, therefore, would not be first choice. The United States could do it instead of 2026. They are capable, it’s not rocket science! Japan could also do it. They also bid to host the 2022 World Cup.

“Fortunately, the 2022 World Cup will only have 32 teams and not 48 as [FIFA president Gianni Infantino] had planned. The organisational effort would not be bigger than in 2018.”

Should the United States host the 2022 event, a new host for 2026 would also need to be found with the U.S. currently slated to co-host the tournament along with Mexico and Canada.

Blatter is currently serving a six-year ban from football-related activities due to ethics violations from his time in charge of FIFA. The 84-year-old, however, continues to proclaim his innocence.

"The investigations are part of a major plot against me," Blatter said, adding that he feels he should be made an honorary FIFA president if he is cleared of all charges.

"This would be the best reaction from FIFA," Blatter said.