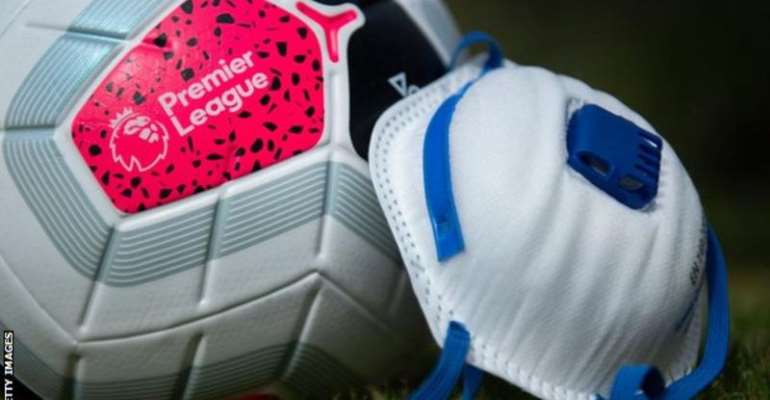 Premier League clubs will discuss the option of putting a 30 June deadline on the 2019-20 season at a meeting on Friday.

Not all clubs have been involved in informal discussions at this stage but, with a hoped-for May resumption to the season unlikely, club owners are looking at how to avoid potentially difficult contractual situations.

In addition, Liverpool are due to change shirt manufacturers from New Balance to Nike, while Watford and Newcastle are also changing kit suppliers.

World governing body Fifa is aware of the problem and is looking at alternatives, like rolling contract extensions, with the season currently suspended indefinitely because of the coronavirus pandemic.

However, legally, players cannot be forced to sign them, raising the possibility of clubs losing key parts of their squad before the campaign has been concluded.

It has led to an increasing body of opinion that, no matter what the state of the Premier League at that point, 30 June should be the final day.

Such a move would also bring more clarity to the 2020-21 season, which BBC Sport has been told by numerous sources is more important than the current one.

Putting a deadline on this season is fraught with problems, particularly surrounding relegation and promotion.

One idea being pushed forward again is to promote current Championship top two Leeds and West Brom, not relegate anyone from the top flight and go with a 22-team competition, which would increase the number of TV games and potentially avoid the need to repay this season's broadcast money.

However, that would create a problem for the Football League as it would lead to an imbalance in their numbers.

These are all issues that will be debated by Premier League executives on Friday, although a definitive decision seems unlikely given Uefa has pleaded for leagues to give them time to return with their own proposals for ending the season across Europe, something they expect to do by mid-May at the latest.

Sheffield United boss Chris Wilder though does not expect a deadline to be set for the end of the campaign.

He told BBC Radio 4's Today programme: "I'm sure that we will adjust accordingly. I think for the integrity of the competition and competitions, especially the top end of English football and European football, they'll want to finish the season.

"I believe that there will be an ability next year to adjust, with international breaks, with moving a few games into midweek. We have that ability through organisation and planning to finish this season off.

"But only as everybody said, and I'll reiterate that, when it's safe to do so for everybody. And that obviously we have to take our lead off the government and what they suggest and want us to do."

President Akufo-Addo’s sterling leadership saved us from COV...
43 minutes ago