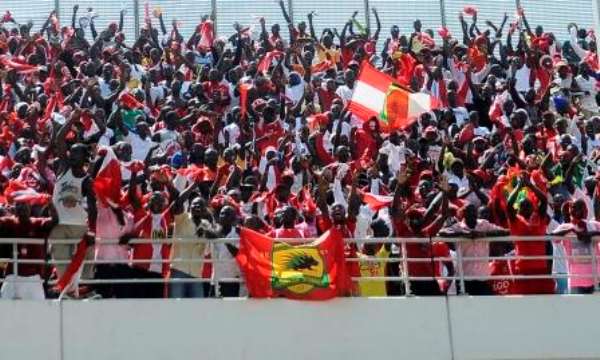 The National Chapters Council (NCC) of Asante Kotoko has planned to raise funds to support the club to get through difficult financial times.

The Ghana Premier League giant has been instructed to pay $240,000 by the Federation of International Football Association (FIFA) in a case involving the signing of striker Emmanuel Clottey from Esperance de Tunis.

As the club prepare to make payment to put an end to what has been a very long legal tussle, looks like they might get support from their followers.

Speaking to Sikka FM today, National organizer for the NCC, Kwabena Agyei has revealed that the supporters group of the club has made plans to raise money to support the club.

“The NCC-Exco have planned to raise seed money upon which we will appeal to our teeming supporters to contribute via a Mobile Money account to support the club in these difficult financial times and the money will be given directly to the club's chairman, Dr. Kwame Kyei”, he observed.

Kumasi Asante Kotoko has until May 10, 2020, to settle the $240,000 instructed by FIFA or they will be relegated from the Ghana Premier League to the Division One League as additional punishment.