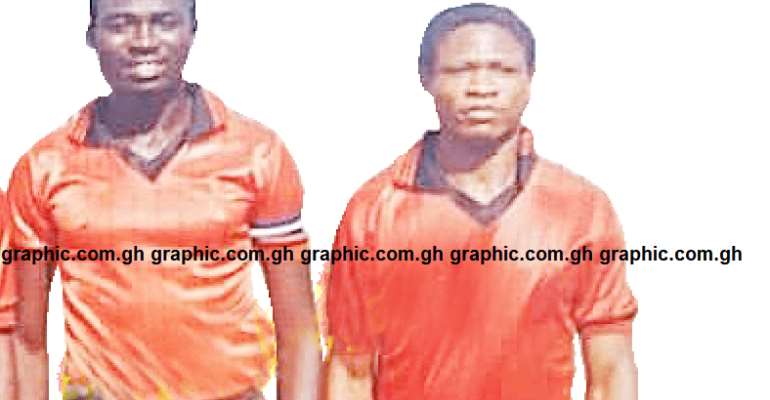 While acknowledging that former President John Dramani Mahama released a total of GH¢1.7m (about $571,910) to the be shared among the 1963, 1965, 1978 and 1982 AFCON winning teams in recognition of their feats, Razak and Kyenkyenhene told the Daily Graphic in separate interviews that such money “cannot be equated with the estate houses promised each player during the General Ignatius Kutu Acheampong administration in 1978.”

On behalf of their teammates, the two veterans made a passionate appeal to President Nana Addo Dankwa Akufo-Addo to honour the late General Acheampong’s promise as a matter of urgency.

“I have to confess that I was happy that we won the trophy for good for our country, but I have been disappointed ever since because the state failed to honour her promise to the 1978 squad,” said Kyenkyenhene.

“Anytime the 1978 tournament comes to mind, I feel a sense of nostalgia because, before the tournament, no nation had won the continental trophy for good. Ghana had previously won it in 1963 and 1965 but no nation had won it thrice at that time, so the then Head of State [General Kutu Acheampong] organised a dinner for us at his residence and promised to offer each player an estate house if we won the trophy,” he explained.

“The late Kutu Acheampong said winning the trophy would be an honour for the nation so all the players should go the extra mile to ensure that the trophy remained in Ghana.

“We, therefore, went into the tournament with every commitment, dedication and zeal to die for the trophy and that is exactly what we did,” Kyenkyenhene recalled.

“If a nation refuses to honour promises to her citizenry, it undermines the forward march of certain programmes,” bemoaned Kyenkyenhene who is now a pastor.

Razak, who emerged the tournament’s best player, recounted with sadness how some of his teammates died out of disappointment and misery.

“Some of my teammates, including Emmanuel Quarshie and Opoku Afriyie, died without getting their reward, but it will be a legacy for their children if President Akufo-Addo honours that unfulfilled promise.

“What President Mahama offered us cannot compensate for the estate houses promised us by General Kutu Acheampong. If National Best Farmers are rewarded with cars and houses, why should the nation refuse to honour her promise of an estate house to each member of the 1978-winning team?’’ he questioned.

He explained that when he announced the GH¢1.7m reward in 2014, President Mahama said it was a thank-you gesture and a token of the nation’s gratitude for the services and honour the teams brought to Ghana in 1963, 1965,1978 and 1982.

Fuel price increases: Akufo-Addo, Bawumia callous about the ...
50 minutes ago

Cape Coast Airport will be constructed at all cost - Akufo-A...
50 minutes ago