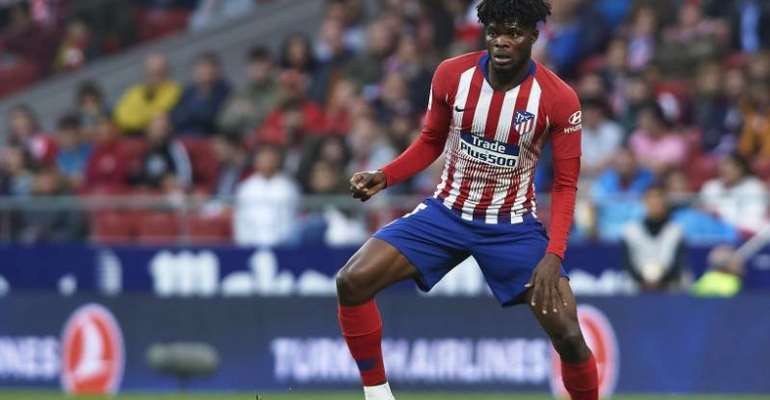 Arsenal have ended their interest in Thomas Partey, despite making a £43.5m according to The Mirror.

Reports have emerged that Atletico Madrid were ready to let go of Partey as a means to reduce the financial difficulty the club is going through as a result of the Covid-19 pandemic.

And Arsenal were the leading suitor for Thomas Partey’s signature since they were believed to have tabled down £43.5m offer to trigger his buy-out clause.

However, according to in the UK, the Gunners have withdrawn their interest in the Ghanaian midfielder due to the financial crisis the club is going through because of the Coronavirus pandemic

Partey seems to be on the wish lists of some stellar European clubs like Manchester United and Italian giants AS Roma and Inter Milan.

The 27-year-old has been the engine if the water-tight midfield of Atletico Madrid- he has been dictating the pace of their games from midfield.

He has been linked to AS Roma, Inter Milan and Manchester United.