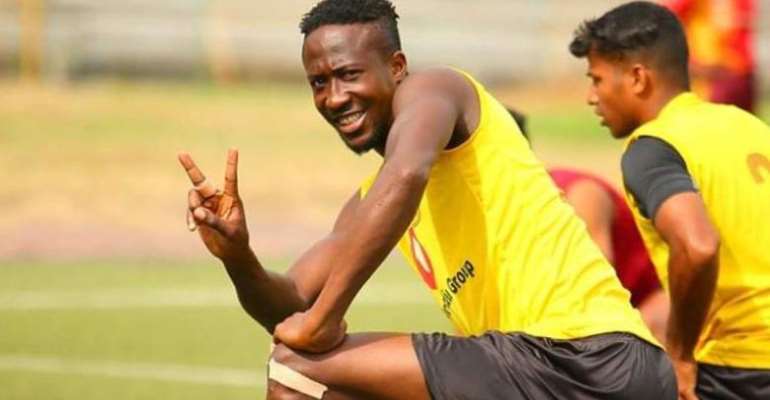 The Phobians recently secured the signing of the Nigerian international to boost the forward line of the team in their quest to win the Ghana Premier League title.

Set to fight for starting roles at Hearts of Oak, one would have thought that there could be some bad blood between Abednego Tetteh and Ademola Danjuma Kuti.

That looks not to be the case with the former Bechem United talisman heaping praises on his teammate. According to Tetteh, Danjuma Kuti is a good player who comes as a complete replica of Togolese international Emmanuel Adebayor.

“I personally know Ademola Danjuma Kuti in India and I must confess he is a good player, he is a replica of Emmanuel Adebayor people should watch out for him," Abednego Tetteh said in an interview with Boss FM.

Kuti, 21, last played for UAE side Fujairah where he worked with football legend Diego Maradona. In his short stay with the club, the striker scored 8 goals after making 14 appearances.

Abednego Tetteh and Danjuma Kuti will lead Hearts of Oak’s attack together with Kofi Kordzi who already has 6 goals in the Ghana Premier League.