We Are Worried With The 'Crisis' At Kotoko - GHALCA 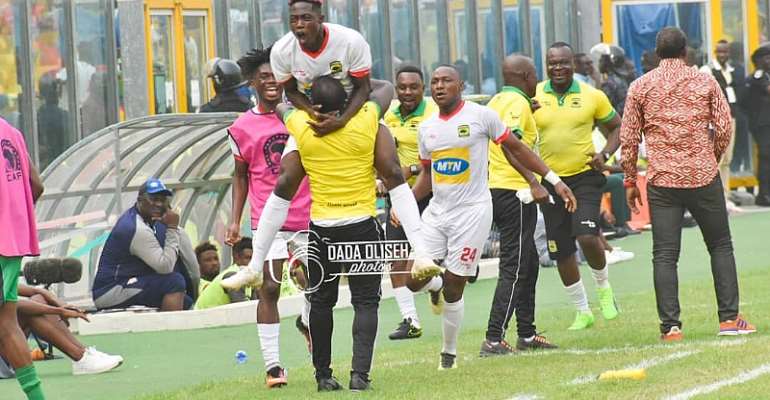 Mr Kudjoe Fianoo has reiterated that the Ghana League Clubs Association (GHALCA) is perturbed about the crisis situation at Asante Kotoko as the club faces possible demotion to the second tier.

FIFA have given Kotoko up to May 10 to cough up a total amount of $240,000 (€218,915) which also includes a fine to settle Esperance over the signing of Emmanuel Clottey.

“As Ghalca chairman, we are worried about the crisis that has entangled Kotoko, but it’s rather unfortunate we don’t have the strength to help, with the Ghana Football Association also not well-positioned [to help]," Fianoo told Light FM.

"We simply cannot sit idle for Ghana’s gigantic club to be relegated.

“They [Kotoko's management] should reach out to their numerous supporters around the world, forget any pain cause by one other, swallow their pride, bury their differences and come together in resolving this issue."

Kotoko have been issued a deadline to clear the debt owed to Tunisian club Esperance over the signing of Emmanuel Clottey in 2015.

"This will serve as a good lesson for the club [Kotoko] because they have been paying a lot of judgement debt recently," Fianoo added.

“I believe Kotoko supporters have that capacity of helping extremely."

After the Tunisians purchased Bonsu from the Porcupine Warriors last year for $150,000 Esperance also opted against paying up, instead deciding to offset the cost with part of Clottey's 2015 arrears and demanding $30,000 more from Kotoko to completely clear the striker's debt.

Kotoko are the most successful club in the history of the local league, having won the championship on 23 occasions, four titles more than closest contenders Hearts of Oak