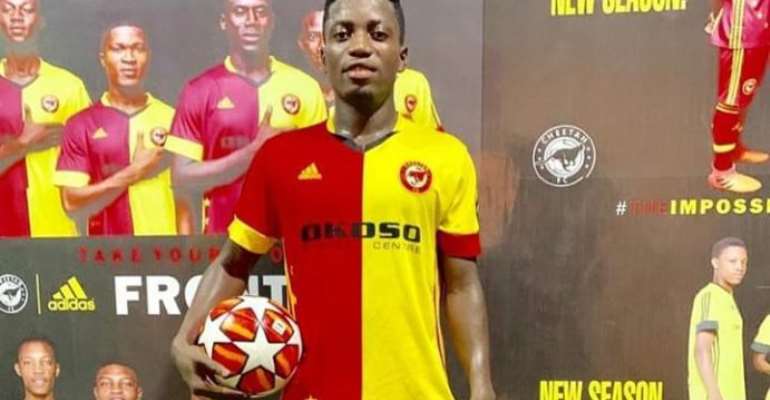 Skyy FC has been one of the best teams in the lower division prior to the suspension of the football season in the country as a precautionary measure against the Coronavirus (COVID-19) disease.

After playing 13 matches, the Daboase-based club is top of the Zone 2 table and with 28 points after winning 8 games, drawing 4, and losing 1.

Determined to continue that fine form to boost their chances of gaining promotion, Skyy FC has decided to reinforce the attacking department of its squad.

Following successful negotiations with Cheetah FC, they have signed striker Aminu Iddrisu for the remainder of the 2019/2020 season.

“Cheetah FC on deadline day yesterday release on loan striker Aminu Iddrisu to division one league side Skyy FC (Zone 2) of Mpohor Wassa East for the second half of the season.

“The strong and free goal scoring striker is expected to return to Cheetah FC after the 2019/2020 league season”, a statement from Cheetah FC to confirm the transfer said.

Fuel price increases: Akufo-Addo, Bawumia callous about the ...
38 minutes ago

Cape Coast Airport will be constructed at all cost - Akufo-A...
38 minutes ago