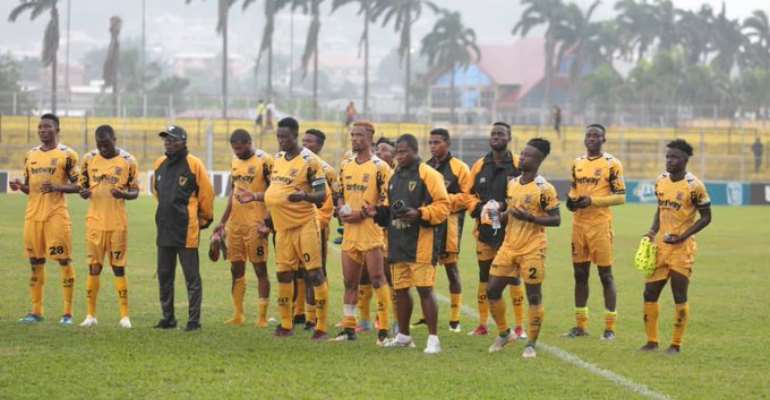 Ghana Premier League side, AshantiGold have signed three players to boost their squad on the transfer deadline day.

Nathaniel Asamoah has completed his move to the Miners after passing a mandatory medical test.

The veteran striker signed a two-year deal with the Obuasi-based club after fruitful negotiations.

Asamoah is returning to the Ghana Premier League after an unsuccessful stint with Armenian club FC Banants.

The 19-year-old signed a two-year deal with the club after passing a medical examination.

He previously featured for Al Khartoum youth side in Suda.

The 22-year-old has joined the Obuasi based club on a three-year deal after undergoing a mandatory medical test at the club.

He made twelve appearances for Liberty Professionals this season.

The Ghana Premier League is currently on suspension as part of the measures to slow the spread of the coronavirus pandemic.

Your God-fearing attitude, refusal to tenaciously cling to p...
19 minutes ago