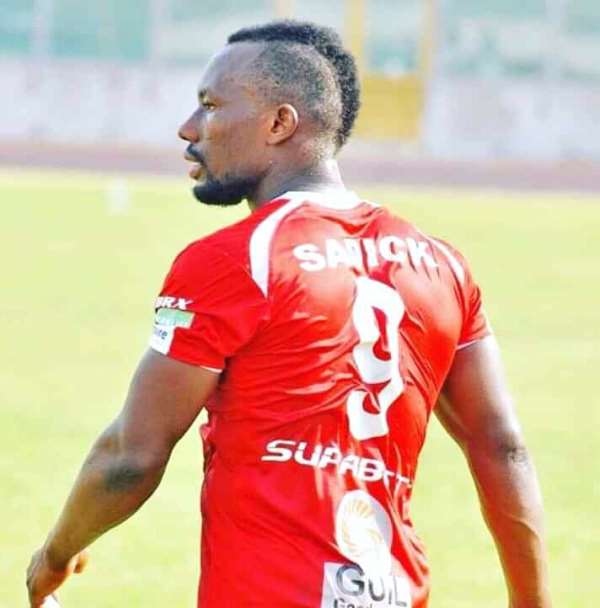 Sadick Adams who has played for many teams like Atletico de Madrid in November 2007, Fk Vojvodina in Serbian SuperLiga in 2009, Etoile Sportive du Sahel in 2010, Al-Ansar in 2012, Berekum Chelsea, Saham and Asante Kotoko.

In November 2007, Sadick Adams was considered by World Soccer Magazine as one of the 50 Exciting Teenagers on the planet.

What most Kotoko supporters will remember him for his first-half hat trick against arch-rivals Hearts of Oak during the 2017 MTN FA Cup in Tamale where the Porcupines Warriors won by 3 goals to 1.

On his post on Facebook about questions and answers, "He replied Exclusive Crucial Obadia that Nigerian legend who was named one of the top 125 living footballers by Pele in March 2004 severs as his football mentor due to his style of play. He was swift and skilful playmaker who considered as the best African Players of all time.

"His confidence with the ball, techniques, creativity, dribbling skills, freekicks, and fairs always inspires me to works hard. I watched his videos to learn and equip things before I stepped out for training session," he added.

Come carry Mahama’s E-block away if you won’t open it and gi...
53 minutes ago