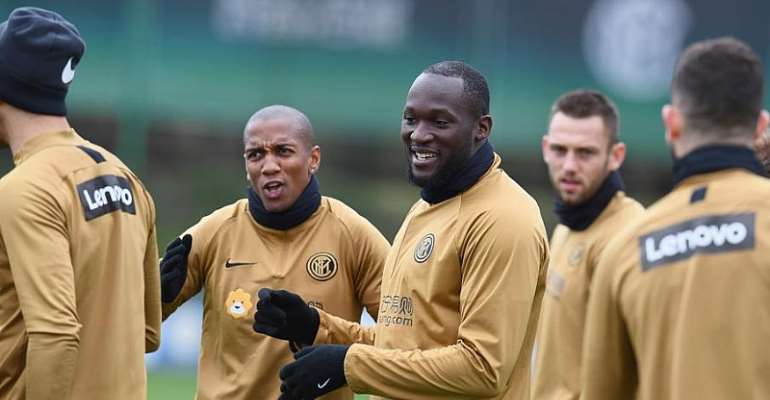 AC Milan and Inter Milan will play their first-ever virtual derby on Saturday after joining forces with digital sports broadcaster DAZN, the clubs said in a statement on Thursday.

With Serie A, like the rest of Europe's elite leagues, suspended because of the coronavirus pandemic, fans will be able to watch the rival clubs go head to head on KONAMI’s popular soccer video game Pro Evolution Soccer 2020.

At the control will be Milan's Portuguese forward Rafael Leao and Inter's striker Sebastiano Esposito, selected for their self-confessed expertise on video games.

"We can't physically be on a football pitch right now, so it will be quite fun to represent my team and play against Sebastiano (Esposito) on PES," 20-year-old Leao said.

"This is a derby after all and I want to win, but most importantly this is a way to be a little closer to our fans in these difficult times."

Commentating on the virtual action will be DAZN's Stefano Borghi while post-match interviews conducted by sports reporter Diletta Leotta will add to the big-match feel for fans watching on AC Milan's official app, Facebook and YouTube channels.

The virtual derby is part of a series of initiatives organised by AC Milan to unite fans during the Covid-19 pandemic that has hit northern Italy especially hard, resulting in thousands of deaths.