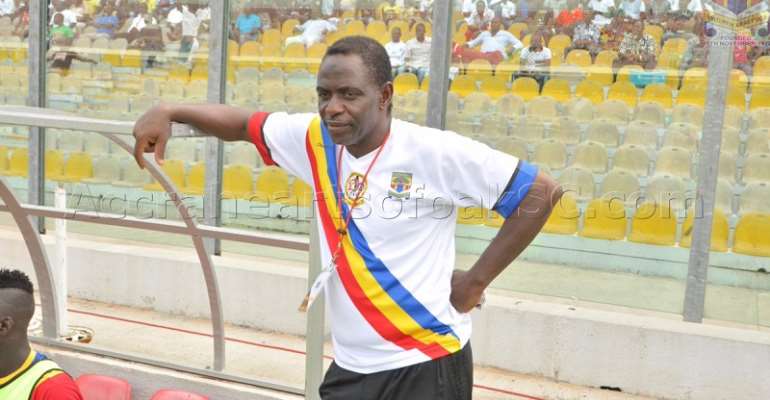 Hearts of Oak legend, Mohammed Ahmed Polo has slammed the hierarchy of the club for failing to get their priority right.

According to him, the current coach of the side, Edward Nii Odoom is not fit to be in the dugout for the club.

Odoom has been at the helm of affairs since the Phobians parted ways with erstwhile Ghana international Kim Grant in December.

However, the club has pledged to name a new gaffer before football activities returns.

“Hearts is not a small team; Hearts need a coach with a pedigree, a coach with clout," 1978 Africa Cup of Nations (Afcon) winner Polo said, as reported by Footballmadeinghana.

“I don’t know what they saw before giving him the job. What he can do is what he’s doing?

"Those who gave him the job they have eyes, if you want cheap things, you will get cheap results," the former coach of the club added.

Hearts sit ninth on the league table before the championship was brought to a halt last month due to the coronavirus pandemic.

The Accra-based side, the second most successful club in the history of the league with 19 titles, are seeking to win the championship for the first time since 2009.

Meanwhile, Nii Odoom has come under pressure for failing to get the needed results.