Medeama CEO Confirms Interest In Yacouba; Insists Striker Has Not Been Signed 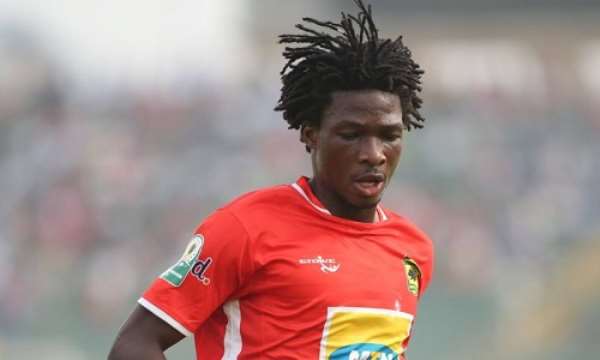 The Chief Executive Officer (CEO) for Medeama Sporting Club (SC), James Essilfie has stressed that they have not signed Sogne Yacouba but admits there is an interest.

Several online portals on Thursday, April 8, 2020, reported that the Tarkwa-based club had completed the signing of the former Kumasi Asante Kotoko forward who is currently a free agent.

Giving a clarification to the story in an interview with OTEC FM, Medeama CEO James Essilfie has denied any sort of agreement between the Ghana Premier League side and the Burkinabe import.

“I’ve seen such stories, I’ve not seen the player ever since we played against them in the league.

“I’ve seen the stories but we have not signed him, although talks are ongoing. It’s not just Medeama, other clubs are also talking to him”, the football administrator said.

Sogne Yacouba continues to be linked with several clubs and could seal a move to either Medeama SC or Inter Allies before the second transfer window of the Ghanaian football season closes next week.