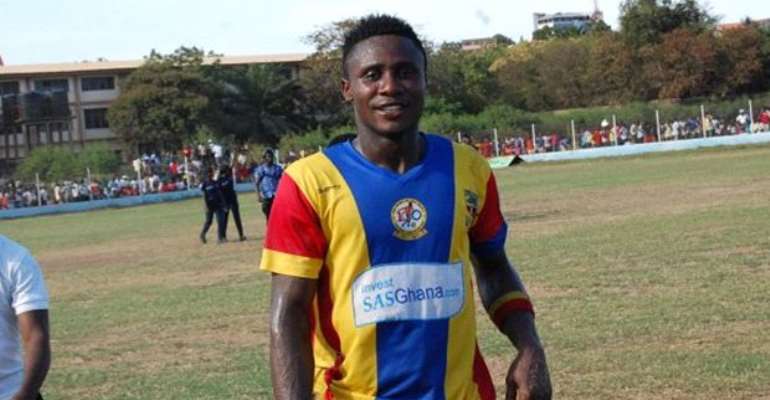 Former Hearts of Oak defender, Nuru Sulley has revealed that he has agreed a two-year-deal with Hearts of Oak and should soon put pen to paper to seal the deal.

The player is seeking for a return to the club after he left Naft Al-Janood in the Iraqi league last September.

The 27-year-old has been training with Hearts of Oak over the past few months and awaiting financial agreement with the club to realize a move back to the club he left in the 2011/2012 season.

"I have being training with the team for the past three months, if not for a deal I had outside, I should have started playing in the league for Hearts," he told Kumasi based Oyerepa FM.

"I have given the MD my options which they have also said their part, I wanted to sign for either a year or till the end of the season but they want me for 2years which I have agreed to the 2years.

He continued, "The only left is the monetary aspect but they should not forget I am coming with a lot of quality, am bringing business to the team, will draw a lot of supporters to the Stadium.

"And another thing is that my target is to break into the national team which I know will attract a bigger offer to the advantage of Hearts of Oak so they should consider all these in our monetary discussions, won't charge them for rent because am staying in my own house.

"Coach Odoom is one of the reasons I want to play for Hearts of Oak again, am itching to play for him. He has shown me enough respect as well ad as other players, I have developed certain likeness for him," he added.

Nuru Sulley has played for six different clubs since leaving Hearts of Oak in 2012.

Spio sues Wontumi for calling him a thief
6 minutes ago