I Was Determined To Leave A Legacy At Kotoko - Eric Bekoe 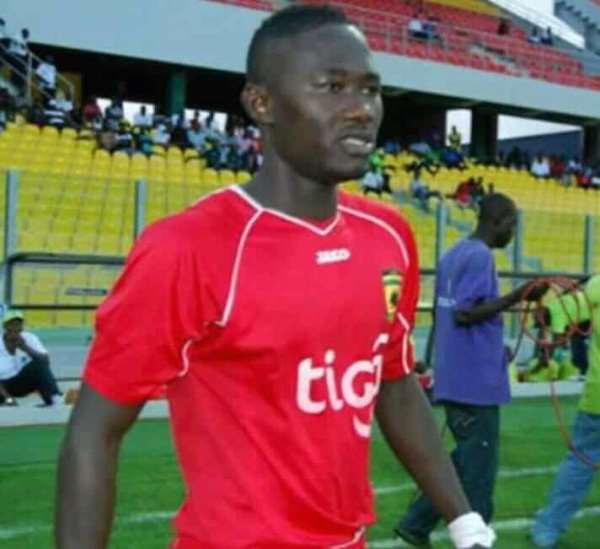 Former striker of Asante Kotoko, Eric Kwabena Bekoe has revealed his dern which made him fruitful during his days at the club.

Eric Bekoe will be remembered by Kotoko fans due to his stellar display in 2007/2008 season after he won the top scorer of then One Touch Premier League with 17 goals in 23 matches.

He also won the President Cup in the same year and left the club on December 8, 2008, signed four and half years contract with Egypt Premier League club Petrojet.

Speaking to Kumasi based SIKKA FM, "I was determined to leave a legacy at Kotoko.

"We did not play for the club as a player but serve the club with commitment.

"When you are playing, you should know you are rendering your service to the club.

"Asante Kotoko is a football university in Ghana, without doubt, we do not just wear the jersey," he disclosed.