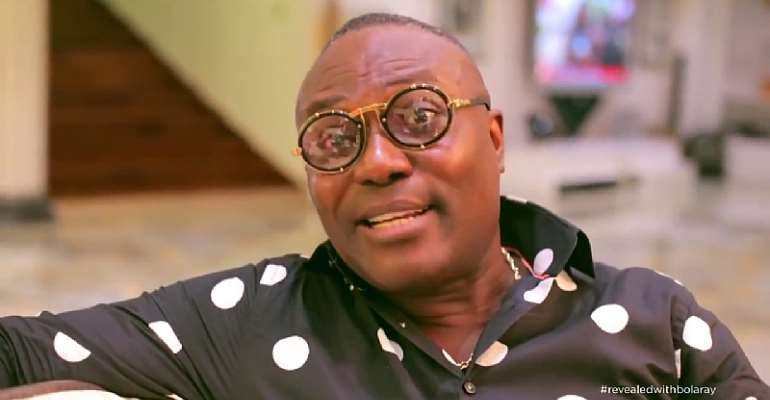 Majority shareholder (90%) of AshantiGold Sporting Club, Dr Kwaku Frimpong says he was urged to resign as President of the club after he found out there was a plan to end his life through an accident.

According to the outspoken businessman, some supporters of the club had an accident conspiracy where his tyres would have been penetrated with planted sharp objects on the Obuasi-Kumasi highway several times.

“Since the fans turned against me, they have done many things intended to put my life in danger. Among such things was the pinning of sharp objects in my tyres anytime we played at the Len Clay Stadium in Obuasi.

“It happened on four different occasions so it was not a mere coincidence. Luckily enough, I was able to detect it and decided to park my car at a different location in Obuasi,” Dr Frimpong told Graphic Sports.

The Miners recorded a run of poor results which fans of the club attributed to the inability of Dr Frimpong to make prudent decisions in running the Obuasi-based outfit. This resulted in a frenzied relationship between the fans and the club chief with exchanges of harsh talk on radio.

“Champion”, as Dr Frimpong is affectionately called, expressed grief over the plan to kill him as his motivation in taking over the club after Anglogold relinquished shares is to nurture the talent in Obuasi to become prominent people in the sports so as to extend their affluence to their families and deprived.

Dr Frimpong asserts since he has not been dishing out cash and other benefits to the fans as was being done by the management of AshantiGold Mines when they were in charge of the team has generated this hatred for him.

“It was when they realized that I was not dashing them any money as they used to have that they started creating some problems for me. They considered me as a mere caretaker of the club who had not made any major investment on my own,” he claimed.

“I went to Obuasi with a good intention to help transform the club to become very competitive locally and at the international level, but it seems there are some dirty politics and machination against me, hence my decision to part ways with the club at this time,” Dr Frimpong noted.

Dr Kwaku Frimpong’s life has been a concern to his family and himself and not ready to jeopardize his existence from the attacks and threats.

“Life is precious than anything so I cannot trade my life and family for football administration, that explains why I have decided finally to call it quits with AshGold. My decision is final and there is no U-turn,” he underlined.

The owner of Champion Divine Clinic took over the club as majority shareholder two years ago after Anglogold Ashanti were not ready to support the outfit financially. He announced his decision to quit the club on Kumasi-based Fox Fm after he was whisked away by police escort to escape the torture of fans after the lost their match-day 14 fixture 1-0 to Bechem United in the Premier League on March 11.

The Miners currently sit fifth on the log with 25 points after 15 matches in the suspended 2019/20 Ghana Premier League.

Tell your family and friends choking the payroll to forfeit ...
42 minutes ago