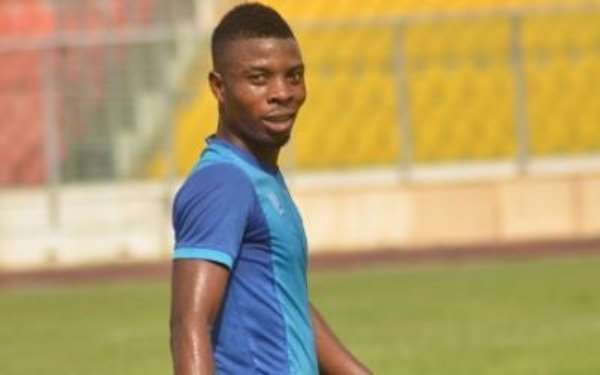 Winger Ollenu Ashitey has stressed that he is still a player of Accra Great Olympics as he rubbish reports suggesting that he has been sacked.

The former Hearts of Oak poster boy was listed as one of four players released by Olympics on Tuesday, April 7, 2020, to give room for incoming recruitments.

Reacting to news of his sacking from the Accra-based club, Ollenu Ashitey has shared that he has not received any official communique from the team.

“I am not aware and haven't been communicated regarding my release from Great Olympics but earlier I couldn't even strike a deal with them after an agreement was made that's why I didn't feature for them during their games in the league”, the winger said in an interview with Light FM.

Ollenu joined Olympics from Asante Kotoko in 2019 after excelling at the end of a trial period.

He is bent on relaunching his career and hopes he gets the opportunity to do some when the Ghana Premier League season resumes.