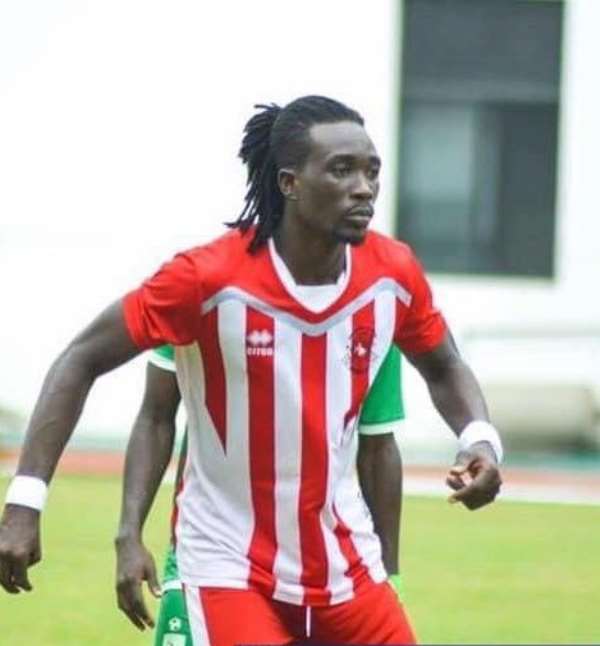 Ghana Premier League side Elmina Sharks has announced that they have captured the signature of former Ebusua Dwarfs striker Justice Ato Mensah.

The club has enjoyed a good campaign in the 2019/2020 top-flight league and occupies the 5th position on the standings of the division.

Just 3 points behind leaders Aduana Stars, Elmina Sharks has decided to reinforce its squad to have a better chance of challenging the teams above when the season resumes.

A statement on the club’s Twitter handle to confirmed the signing of the players said: “SIGNED!!!! We welcome #JusticeAtoMensah to the Fearsome Sharks family.

The former Eleven Wise & Ebusua Dwarfs striker brings a lot of experience to the Sharks attack.

He is expected to join his teammates for training when the Coronavirus storm passes.