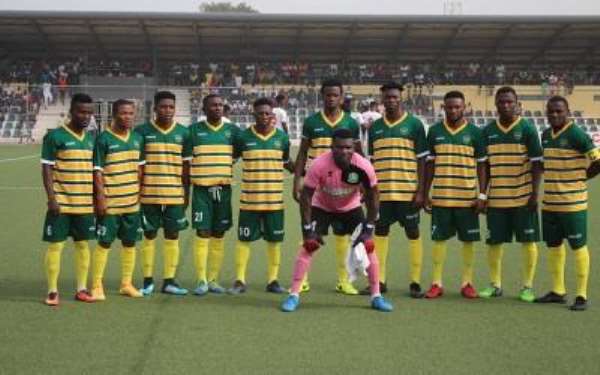 Ghana Premier League club Ebusua Dwarfs have released five of its players to make room for new signings that will add extra quality to their squad.

The Cape Coast-based club has been one of the worst-performing teams in the 2019/2020 Ghanaian top-flight league.

After playing 15 games, the side has only managed to win 4 matches, they have drawn 2 and lost the remaining 8.

While the season remains suspended due to the Coronavirus pandemic, Ebusua Dwarfs is taking advantage of the situation to bring in top players.

Dwarfs are now set to complete the signing of some 4 players who will be registered in the currently opened transfer window before it closes.

The club sits 16th on the standings of the Ghana Premier League but hopes to climb out of the relegation zone when the season resumes.