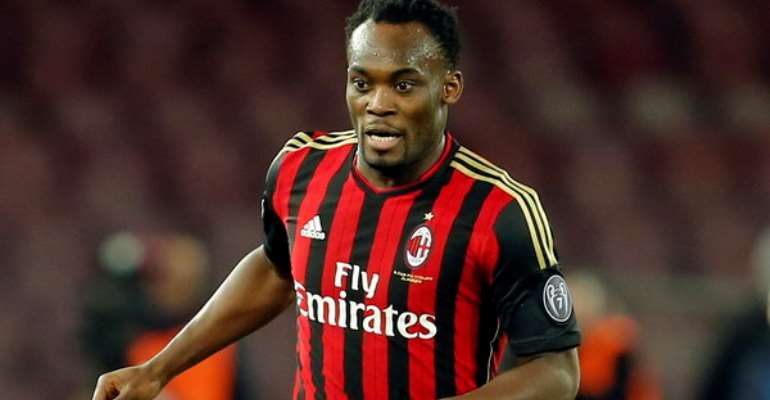 Which continental stars would make an all-time XI of Africans to have featured in Italian football?

There’s no doubting El Ouaer’s standing as an African legend.

He claimed the best part of a century of caps for Tunisia, played in the World Cup, won 10 Tunisian titles and reached the final of the Africa Cup of Nations.

However, his time in Italian football was a disaster, as he played just five matches with Genoa, fell out with club officials, and returned to Esperance with his tail between his legs.

At least El Ouaer did play his part in a derby victory over Sampdoria.

Benatia is one of several supremely decorated African players to have graced Serie A, having won league titles in both Germany and Italy.

While he amassed those championships at Bayern Munich and Juventus, it was during the earlier stages of his career—with Udinese and AS Roma—that he established himself as one of the finest defenders in Europe.

One of several players on this list who enjoyed their better days elsewhere, Kuffour’s time in Italy came at the end of his career as he brought a glittering 12 years at Bayern Munich to a close.

The centre-back signed for AS Roma in 2005, although he’d only spend one season in the capital before moving on to Livorno and then Ajax on loan.

Kuffour’s career highlight, of course, came at Bayern, where he was a six-time German champion and claimed the Champions League in 2001.

Having been named in the Serie A Team of the Year on four consecutive occasions, Koulibaly is the finest African player in the Italian top-flight over the last half-decade.

Despite helping Napoli finish second in the table, they never managed to break Juventus’ title-winning streak, and Koulibaly must now surely seek pastures new if he’s to secure the silverware to match his undisputed quality.

Koulibaly is the reigning Serie A Defender of the Season.

Asamoah won an eye-opening six Serie A titles at Juventus, having moved to the club in 2012 and was an established component of a sublime Old Lady cycle, even if injuries affected his progress.

Now 31, the experienced Ghana international moved to Antonio Conte’s Nerazzurri in 2018, where he’ll be hoping to add to his expansive trophy haul.

The versatile left-sider has spent his entire senior career in Italy, having made his professional debut with Udinese in 2008.

A legend at Chelsea, where he managed 17 goals in 168 appearances and won a host of silverware, Essien moved to Milan at the end of his Stamford Bridge career in 2014.

By then, injuries had taken their toll on the Bison, and he remained in Serie A for just one campaign before moving on to Panathinaikos.

A Nations Cup winner with Ghana, and a Champions League winner with Olympique de Marseille, Abedi Pele could reasonably lay claim to being the greatest Black Star ever.

Compared to the success he enjoyed in France, his spell in Italian football was relatively underwhelming.

He moved to Torino in 1994 following a spell at Olympique Lyonnais, although while he netted 10 goals in his first campaign in Italy, he was unable to prevent the grand old club from dropping into the second tier in his second season.

Salah move to Italy during his troubled time at Chelsea, where he failed to make his mark in England after moving to Stamford Bridge from FC Basel.

A switch to Fiorentina on loan, and then to AS Roma, proved a turning point in Salah’s career, as he finally returned to his upwards trajectory.

He was Roma’s Player of the Season in the 2015-16 campaign, and after netting 29 league goals across two campaigns in the Italian capital, he returned to England with Liverpool.

The rest, as they say, is history.

Compared to his stints with Ajax and Arsenal, Kanu's time at Internazionale somewhat goes under the radar.

The Nigeria legend won the Champions League in the Netherlands, and enjoyed his finest hours at Arsenal, but nonetheless, his time in Italy also yielded the Uefa Cup, even thought he struggled to showcase his best form in Lombardy.

Has Africa ever produced a player quite as special as Weah?

The goal that the Liberia President scored against Verona for Milan was the kind of miraculous effort that few of his peers could match.

Weah remains the only African player to win the Ballon d’Or, although it’s a fair criticism that his club career—certainly in Italy—didn’t yield as much silverware as his talent deserved.

Not only is Eto’o one of Africa's finest frontmen, but one of the world's greatest all-time strikers.

A move to Internazionale brought further success under Jose Mourinho, and Eto’o would add another Champions League title to his records haul with the Nerazzurri in 2010.