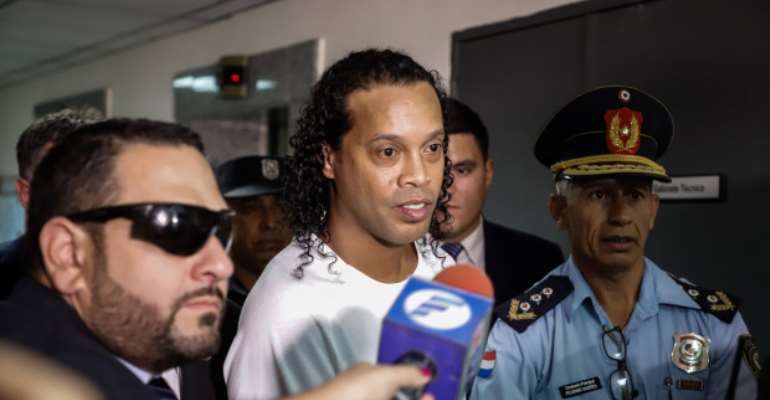 RONALDINHO has been released from prison in Paraguay and placed under house arrest following his fake passport scandal.

The Brazil legend, 40, was thrown behind bars for allegedly trying to enter the South American nation with forged documentation.

But he has now been allowed to leave prison on the condition he stays within the boundaries of a hotel.

Ronaldinho will be placed under house arrest at the Hotel Palmaroga, in Paraguayan capital city, Asuncion.

The former Barcelona star, along with his brother, was released from prison after just 32 days of what was meant to be a six-month sentence.

Reports claim the pair were only released after paying a £1.3million bond.

They had met with Judge Gustavo Amarillo earlier on Tuesday for a sentencing review hearing.

It was there Ronaldinho and his brother were informed of their house arrest.

On March 6, the pair were held in Paraguay on suspicion of entering the country with a false passport.

Both he and his 49-year-old sibling Roberto deny entering the country with doctored documents.

Notorious party-boy Ronaldinho spent his 40th birthday behind bars, although he did get to celebrate with a huge BBQ.

Unsurprisingly, the Samba star continuesd to play football alongside fellow prisoners and officers - and has dabbled in carpentry.

Ronaldinho even showed off a new bearded look on the day of his release as he recorded a short video for his prison team-mate's family.