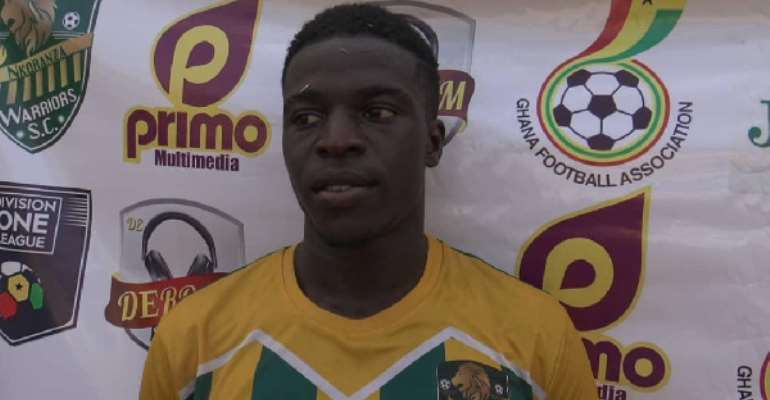 Ghana Premier League giants Accra Hearts of Oak has completed the signing of Nkoranza Warriors striker Isaac Mensah to improve the attacking department for the team.

The Phobians have been chasing the young striker for the last couple of weeks and have finally secured his services.

Due to the availability of strikers Kofi Kordzi and Abednego Tetteh, the club has loaned Isaac Mensah back to his club for the remainder of the 2019/2020 season.

Confirming the news, PRO for Nkoranza Warriors Habib Mohammed in an interview shared, “For the past one week, Coach Edward Nii Odoom and the management of Hearts discussed with us of a possible addition to his squad in the attacking department.

“Preferably, a young chap that can understudy the current strikers and takeover when they depart.

“So they brought a transfer request and asked for the availability of Isaac Mensah which the player showed interest. We met with officialdom to complete the deal last Friday.

“Although he has signed for Hearts, he has been loaned back to us for the rest of the season. He will officially join Hearts at the end of the season”.

He added, “If the season bounces back, Isaac Mensah will complete the 2019-2020 season with Nkoranza Warriors as part of the agreement we had with them".

Striker Isaac Mensah is currently home but will be training with Nkoranza Warriors when the war against the Coronavirus (COVID-19) pandemic is won.