Player Pay Cut Will Not Work In Ghana; It Will Be Suicidal - Lawyer Ntow Fianko 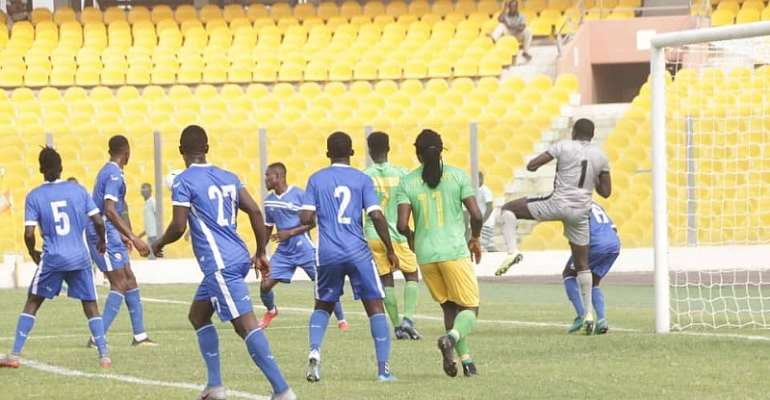 Former Division One League Board Chairman, Lawyer Ntow Fianko has revealed that the laws of Ghana do not support the pay cut proposal being considered by some club owners and has stressed that going ahead with the idea will be suicidal.

With the suspension of the 2019/2020 football season due to the Coronavirus (COVID-19) pandemic, clubs are sweating over the payment of salaries of players on their payroll.

While some of the giants are not that bothered, other clubs are looking at the option of cutting the pay of players to help them get through this difficult period presented by the global pandemic.

Waving into the conversation from the perspective of law, Lawyer Ntow Fianko has stressed that the labour laws of the country frown on cutting the pay of employees.

Though he hints it could be done if players accept to go ahead with it, he warns that it will be suicidal if player salaries are cut in Ghana.

“The laws of Ghana frown on cutting the pay of the citizens. It can only be done with the consent of the players.

“The labour laws enacted in 2003 Act 651 section 69(1) states that " An employer shall not make any deduction by way of discount, interest or any similar change account of an advance of remuneration made to a worker in anticipation of the regular period of payment of remuneration”, Lawyer Fianko said.

He continued, “Why are managers of banks and other corporate institutions not also cutting their pays but people calling on players who receive meager salaries too. They should start from the big men then we look at the players, even at that it will be suicidal”.

Players in the country have strongly opposed the idea with the explanation that they are already not making enough.

‘We Won’t Tolerate LGBTQ+’ —Ga Chiefs back criminalization b...
56 minutes ago