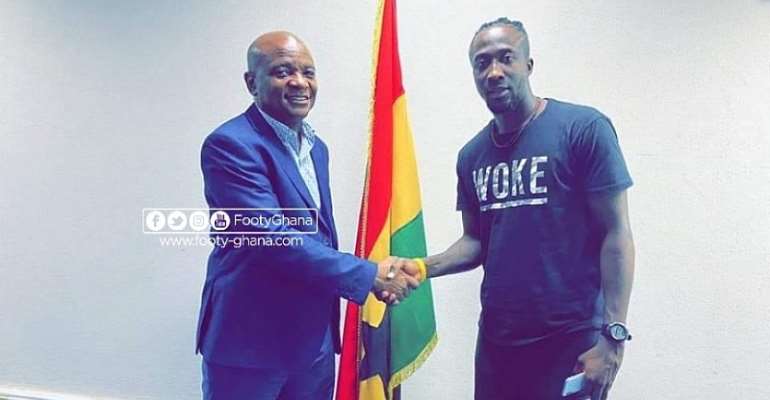 Accra Hearts of Oak have completed the capture of three foreign players as they seek to bolster their squad ahead of the resumption of the truncated Premier League due to the COVID-19 pandemic.

Nigerien striker, Danjuma Kuti, has completed his move to the Rainbow club, alongside a Nigerian whose name was only given as Liwali and an Ivorian winger.

Sources close to the club confirmed the capture of the players to the Graphic Sports and revealed that they were in the final stages of negotiations.

When the deal is sealed, Hearts will also get the services of their former centre-back, Nuru Sulley, who played for four seasons with the club before seeking better opportunities in the Turkish League in 2015.

Also locked up in negotiations with Hearts are ex-Aduana Stars attacker, Derrick Sasraku, who had a stint with Tunisian side, Club Africain, as well as Ashgold midfielder, Abdul Latif Anabila.

The recruitment of the seven new players will lead to a massive shake-up in the Hearts set-up to create space as the source hinted that “there will be player assessment but approval will come from the board for the other three to be registered before the April 13 window closes,” the source noted.

Sulley, 27, whose career with the Phobians began from 2011 to 2014 has returned to the country to relaunch his career, having moved to Turkish side Alanyaspor in 2015 to seek greener pastures.

Since the expiration of his contract, the bulky centre-back has become a free agent, likewise, Sasraku, who turned down overtures from Premier League side, Legon Cities, to flirt with the Rainbow club.

Already, the club has confirmed the capture of former Bechem United arrowhead, Abednego Tetteh, who also had a stint with Indian side, Tiddim Road Athletic Union (TRAU) FC.

The 29-year-old striker, who burst onto the local scene in 2016, scoring 12 goals in 22 appearances for the Bechem-based club, is expected to add his clinical finishing to the Hearts attacking line to aid in their revival.

The new signings are expected to help turn around the fortunes of the 20 times local champions who won their last domestic title in 2009 and have since struggled to catch up with arch-rivals, Asante Kotoko, who now boast 24 league titles.