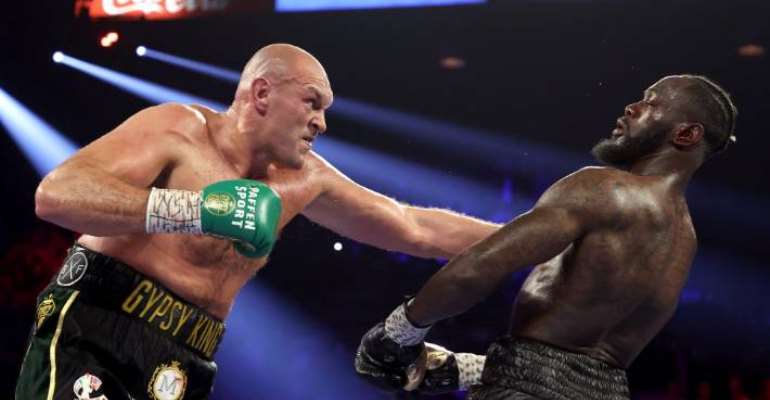 Tyson Fury says he was “disappointed” by Deontay Wilder’s performance in their February rematch and believes it was one of his “easiest fights”.

Fury stopped Wilder in the seventh round at the MGM Grand in Las Vegas to win the WBC heavyweight belt, flooring the former world champion twice before forcing his corner to throw the towel in.

Asked for his reflections having watched the fight back, Fury told talkSPORT: “To be honest I was quite disappointed in the challenge that Wilder brought.

“Because I did train for 12 rounds at any pace and put myself through hell and back for 10 weeks in the training camp.

The previously undefeated Wilder entered the ring wearing a 40-pound outfit designed to celebrate Black History Month, and after the fight the American made the excuse the weight of the costume affected his legs.

Fury added: “Although it was a fantastic victory for myself and it was a great fight, it just did seem that Wilder maybe wasn’t himself.

“I’m not sure, because that wasn’t the Deontay Wilder that I prepared for. That wasn’t the animal I put myself through all those hours in training for.

“The guy’s been heavyweight champion of the world and made 10 title defences, knocked out every single person and to go in there with me, who’s usually a boxer, counter-puncher, master-skilled boxer, and get absolutely destroyed in a few rounds.

“I trained for an absolute battle royale and I didn’t get that, so hopefully there’s a couple of fighters out there that, when I do go into training camp and I do serious training, that they will be worthy of the challenge.”