I Was Better Than Charles Taylor, Says Bernard Dong Bortey 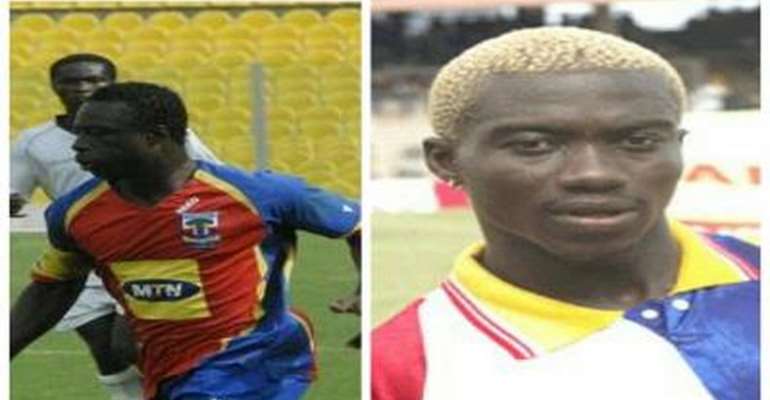 Bernard Dong Bortey has insisted he was a better player than his former teammate, Charles Taylor, during their days at Hearts of Oak.

Following the suspension of football activities, football fans have reignited a debate between the two as to who was the better player during their playing days.

Bortey, 37 believes he was a better player than his former Hearts of Oak teammate.

"You don't need to brag on radio when you believe you are better than me. People should judge your performance on the pitch. Stephen Appiah is even afraid of me, he knows I’m a wizard in football," he added.

The mercurial midfielder played for Hearts of Oak won the CAF Champions, CAF Super Cup, five league titles and the FA Cup, before joining rivals Asante Kotoko in 2003 in a controversial manner.

Dong Bortey who joined Hearts of Oak from Ghapoha in 2001 won four league titles and the CAF Confederation Cup, before joining Aduana Stars in 2010.