Africa is not your Guinea Pig – Hilda Djokotoe

Response to the two French doctors
By Data Politico 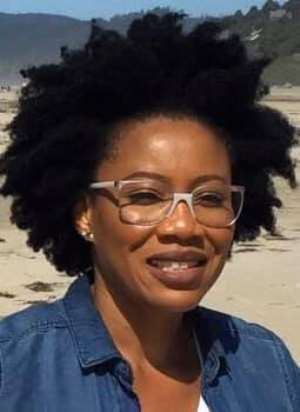 The point I’m addressing here is not that a clinical trial in itself is a bad thing, but the fact that these doctors’ reasons for choosing Africa as an involuntary specimen, simply because they view Africans as disposable and therefore, ok to test on them without their consent, is the issue here.

For those who are still wondering why the outrage, please take a trip through history and understand the atrocities on Africans, both on the continent and her diaspora and decide how to feel about this. A case in point is the Tuskegee Syphilis Experiment on African descendants and read the provisions of the Nuremberg Code at the end of World War II. Today, the world can not stand by and watch a repeat of such evil acts and wait for a later apology, which does not remedy anything.

Do these French doctors even understand their very privilege depends on the hard work of the former French colonies? It is estimated that these former colonies pay a so called colonial tax to the French government to the tune of millions if not billions of dollars. In my estimation, that translates into millions of personal protective equipment, aka gold in the era of Covid-19. It appears that these doctors have the luxury of having what they need at the expense of these Africans they so refer to in their discussion. Their thank you should not be for these doctors to use them as collateral damage. To these two obviously unwise doctors, it is one thing to think such evil thoughts but it takes another level of bravery or endless supply of buffoonery to speak it on live TV, especially in the 21st century.

I am not naive in my belief that these two buffoons will not read my post, but my hope is that it raises the urgency of the subject of leadership and it’s importance as it relates to the African continent.

The people we elect into office become our gatekeepers. If we elect pigs into political office, we can not complain when we find them in the mud with other pigs, where they belong.

So, in the end, the decision is ours. People may disrespect us but our own democracy depends on us and our choices. Happy Sunday to all. Hope you’re all keeping healthy and safe.