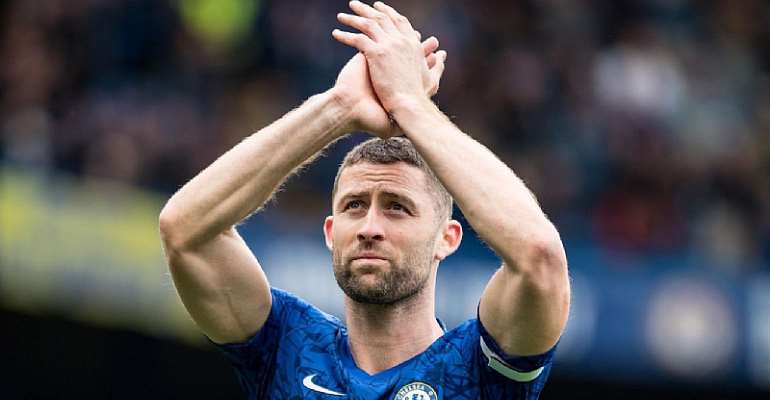 Crystal Palace defender Gary Cahill discusses his difficult relationship with Maurizio Sarri as he reflects on his Chelsea exit in the summer of 2019.

But under Sarri's tenure in the 2018/19 season, he only made two Premier League appearances and was effectively frozen out by the Italian.

The 34-year-old believes missing pre-season due to the 2018 World Cup kick-started an eventual breakdown in relations with the now-Juventus boss.

"We went to the 2018 World Cup, got to the semi-finals, so I missed pre-season, which I think was massive looking back now," Cahill told Jamie Redknapp in quotes cited by the Daily Mail.

"I was on the back foot. To be brutally honest, halfway through the season, the relationship was gone. I don't think that was ever going to be recovered.

" It's difficult to have respect for some of the things he did. But I have a lot of respect for the club, and for the players."

Cahill went on to explain the mental toll he endured as a result of not playing regularly.

He added: "As a big figure then, as captain, to go about things totally the wrong way, which I easily could have done, it's not the way to do it.

"Was that easy? No. Was that one of the most mentally toughest things to deal with? Especially because it went on for so long? 100%.

"The maddest things is when you don't play for whatever reason - if you're out of form, or if you had a few bad games and someone is playing better than you - I know in my head that if you give me four or five games in a row, I'll be back. I'll take my chance.

" You know that in yourself because you've got that burning desire inside of you. Give me five games and you won't get this shirt back. That's an arrogance you have to have. The problem is he never gave me that."