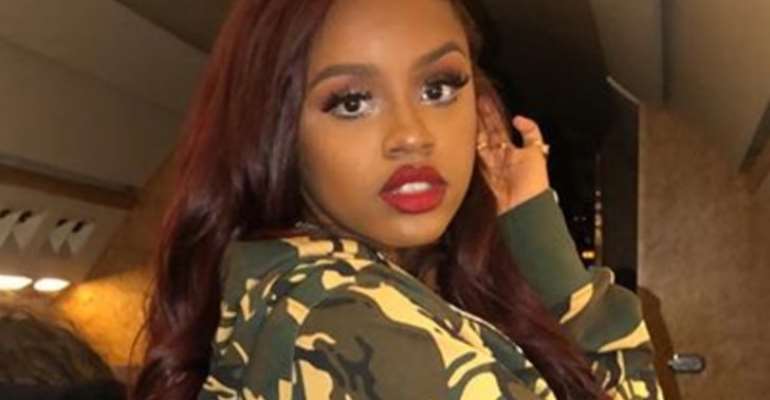 Floyd Mayweather's daughter, Iyanna, has been arrested for felony aggravated assault with a deadly weapon, TMZ has learned, and it appears to have been a confrontation over NBA Youngboy.

Iyanna Mayweather is currently in Houston's Harris County jail after getting arrested at 1:30 AM Saturday. Law enforcement sources tell TMZ, the alleged victim and NBA Youngboy were at his home when Iyanna arrived and told the woman, Lapattra Lashai Jacobs, she was Youngboy's fiancee and Jacobs should leave the house. Jacobs then told Iyanna to leave.

When EMTs arrived, Jacobs was laying on the floor. She was taken to the hospital. We do not know her condition.

Youngboy, who was home at the time, was briefly handcuffed by cops -- presumably as a precautionary measure -- before being released.

Iyanna told cops Jacobs had incited her by initially pulling her hair outside the house and then running into the kitchen, where the confrontation went down.

Iyanna told cops she had never met Jacobs before.