Who Was The Best? Twitter Goes Gaga Over Dong Bortey And Charles Taylor 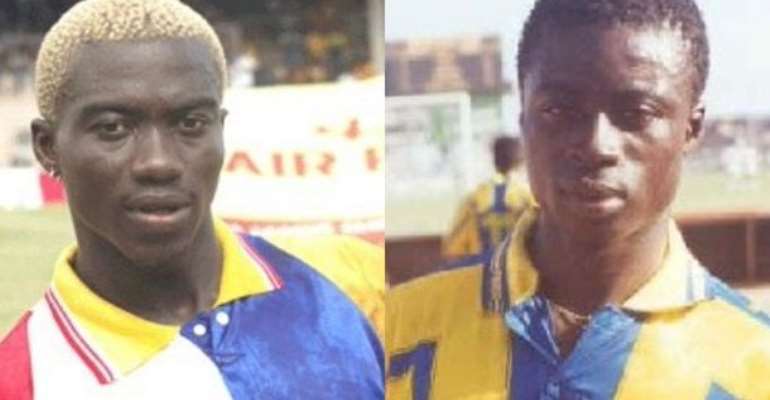 With football activities around the globe, Ghanaian fans have ignited the long-standing debate about who the better player is between Charles Assampong Taylor and Bernard Don Bortey.

The two forwards gained legendary status while playing in the Ghana Premier League in the 2000s.

Charles Taylor and Don Bortey were even once teammates at Hearts of Oak, leading the Phobians to league glory in 2002.

Astonishingly, both players played for Hearts of Oak with Charles Taylor a part of the famous 64 battalion squad that won the first-ever Champions League trophy for the Phobians while Bortey won four league titles and the Caf Confederations Cup.

Taylor later crossed carpets to play for Hearts’ bitter rivals Asante Kotoko, in what was a very controversial transfer move.

With both players currently retired, their legend still reigns and many football lovers remain divided over who the better player was.