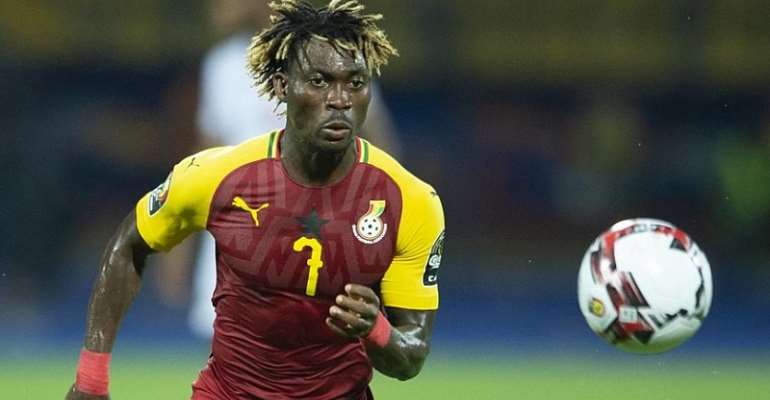 Reports sharply emerged on Friday, April 3 claiming that the 28-year-old has informed the head coach of the Black Stars, CK Akonnor that he is no more interested in playing for the country.

According to the reports filed by many Ghanaian portals, the former Chelsea and Everton winger was not impressed with the support of the country offered to him when he got injured during the 2019 Africa Cup of Nations in Egypt.

However, according to award-winning journalist, Saddick Adams, popularly known as 'Obama' claims Atsu has not retired from the Black Stars.

However, a close friend of Atsu at the camp of the Blck Stars, in an interview with Footballghana.com also revealed that Atsu was stunned with the reports adding that he [Christian Atsu] and CK Akonnor had a fruitful discussion and pledge to offer his help anytime he is called upon.

"Christian Atsu is really surprised with the reports," he said.

"He has not communicated to CK Akonnor that he has retired from the national team. They had a fruitful discussion when Akonnor visited him in England.

"Atsu told the coach he should excuse him from the Sudan game because he just returned from injury but he pledged his support to the coach.

"I will urge Ghanaians to disregard any reports. Atsu is still a member of the Black Stars and ready to play anytime he is called upon," he added.