Emmanuel Frimpong Named Among Players Who Flopped At Arsenal 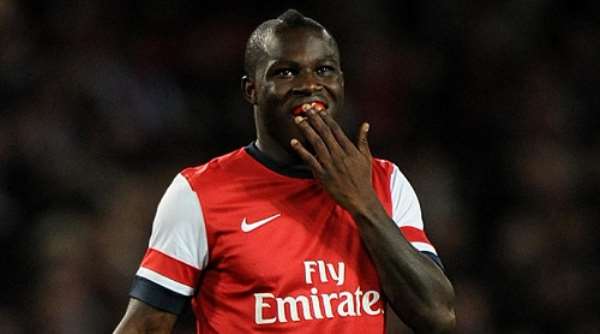 Former Arsenal star, Emmanuel Frimpong has been named among five players who failed to live up to expectation.

The Ghanaian international who joined the Gunners academy side at the age of nine had so much prospects but saw his career truncated due to injury.

The 28-year-old made his international debut for the Black Stars on March 24, 2013, in the 2014 World Cup qualifier against Sudan.

However, Frimpong has also featured for the English Under-16 and 17 teams, was named alongside, Jeremie Aliadiere, Fran Merida, David Bentley and Jermaine Pennant.

During his elevation to the senior side, the Ghana international was hailed as the next big thing and was sometimes compared to his Cameroun compatriot, Alex Song.

Unfortunately, Frimpong’s career was beset with injuries in 2013 to join Barnsley from Arsenal. He then became a journeyman by joining Russian sides Ufa and Arsenal Tula as well as playing in other European teams with AFC Eskilstuna and Ermis Aradippou.

He ended up retiring at 27 because of injuries.