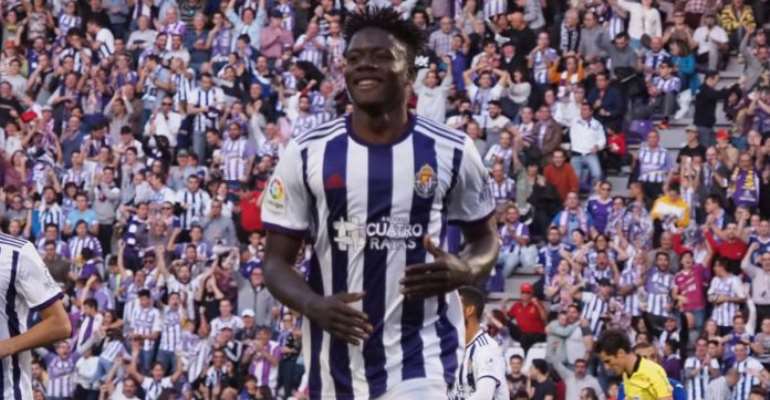 With every major sporting event across the globe being halted, hearts broke as the announcement was made to put the LaLiga 2019/20 season on hold.

However, there is light at the end of the uncertain tunnel for football fans and players as LaLiga President, Javier Tebas, is working alongside UEFA to ensure that all European leagues can be completed as soon as possible.

In the meantime, let’s keep our spirits up by spotlighting five African stars and their stellar performances in the Spanish league so far this season. One for the books, the LaLiga 2019/20 season has been especially exciting for football fans based in Africa as they witness fellow continent champions representing clubs across the division and making their mark on Spanish soil.

A Ghanaian powerhouse that needs no introduction, Partey has earned his reputation as the standout African player in the league. With 21 starts so far this season, the star midfielder has become an indispensable player for Atlético Madrid, touting masterful defending, slick vertical passes and consistent strong performance under pressure. While there are rumours that Partey is attracting interest from top European clubs, Diego Simeone isn’t giving up his African asset without a fight. It is also reported that the club is working on renewing the player’s contract and increasing his buy-out clause to up to 100 million euros which may ensure that the Ghanaian star remains in Madrid.

Despite a rocky start at Inter, Central African Republic export Kondogbia gained valuable experience during his spell at the Italian club. The Valencia CF midfielder seems to have found his feet again, helping his Spanish club to reach seventh place so far this term. Considered one of the most effective LaLiga interceptor, the 27-year-old played an instrumental role in Valencia’s first trophy in 11 years. Representing the Central African Republic at an international level, Kondogbia thrives as his nation’s football heroics.

After making his debut for Real Valladolid last year and surprising fans with his outstanding defensive performance this season, this 20-year-old, Accra-born defender is one to watch – so much so that the likes of Real Madrid, Atletico and Manchester United are all vouching for the centre-back’s attention. Affectionately and appropriately named ‘the wall of Valladolid’ by Spanish newspaper El País, Salisu has outwitted fellow LaLiga players with an unbeatable 136 clearances so far and is likely to continue defending the Pucela to the death when the season kicks off again.

An exceptional talent to come out of Cameroon, Zambo Anguissa is proving to be one of the most dynamic footballers in LaLiga this season after being given a new role to play by Javier Calleja. Learning from his testing Premier League season with Fulham, the Villarreal midfielder is shining again, averaging 2.4 completed dribbles per match and tapping into both his defensive and offensive skills to help the Yellow Submarine reach the UEFA Europa League Qualifiers position.

It has been a thrilling season, to say the least for Moroccan export En-Nesyri. After scoring four goals for Madrid-based Leganés during the first half of the season, the talented attacker was quickly transferred to Andalusian club Sevilla for a reported €20m. It didn’t take long for the international striker to do what he does best – scoring four goals across five matches in just two months, including a winner against CFR Cluj in the Europa League. Now in his fourth LaLiga season and with a five-year Sevilla deal behind his name, we have no doubt that young En-Nesyri will continue to make Africa proud.

While games have been postponed, keep an eye on LaLiga’s website and social pages for updates.

Tribal Conflict Looms At Osudoku Over Land Litigation
5 minutes ago

Election 2020: We’ll Deal With Trouble Plotters To Know That...
5 minutes ago