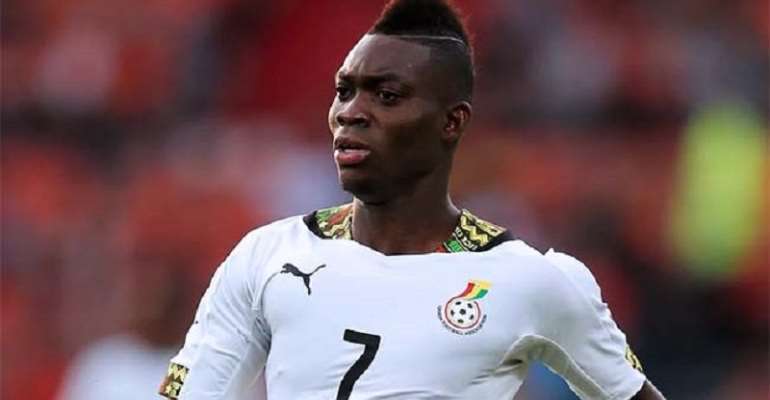 Newcastle United winger, Christian Atsu has hanged his boots from international football, according to report filed by Ghanasoccernet.com.

According to reports, Atsu feels neglected by the Ghana FA when he suffered an injury while on international duty, according to the reports.

The former Everton and Chelsea winger told Ghana coach Charles Akonnor that he is no longer interested in playing for the Black Stars when the former Ghana captain visited him during his European trip.

The talented winger, who won the 2015 AFCON Most Valuable Player Award, was left out of the Ghana squad that was to play Sudan in the botched 2021 AFCON qualifier.

Atsu has to fight for his place in the Newcastle team after he lost his place to the club’s emergency signing Allan Saint-Maximin due to the setback he suffered while on international duty.

Ghana Sports checks understand the player is keen on getting his club career back on track and will decline any approach from the Ghana FA to rescind his decision.