We Have Not Held Talks With Svetislav Tanasijević, Says Hearts of Oak CEO 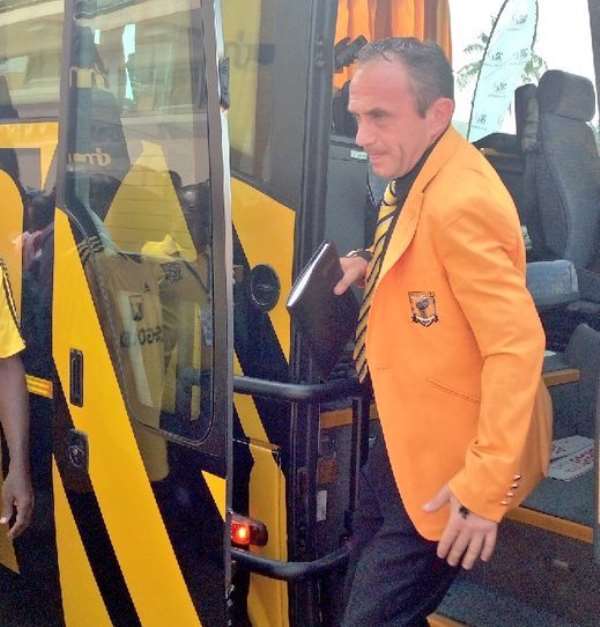 Accra Hearts of Oak have denied reports suggesting that they have held talks with former AshantiGold head coach, Svetislav Tanasijević.

The Ghana Premier League heavyweight are yet to name substantive coach despite the exit of Kim Grant after matchday one.

However, on Thursday, reports emerged that the Phobians have held talks with the Serbian trainer.

However, in an interview with Accra based Asempa FM, the Chief Executive Officer of the club, Frederick Moore rubbished those reports adding the board are in support of interim coach, Edward Nii Odoom.

“We’ve got a head coach, we haven’t said anywhere on our communication handles that we have sacked our current head coach. So I don’t know how we can appoint another person” he noted.

“Unless of course somebody is appointing him (Tenasijevic) for us and we are going to have two head coaches. So I don’t know anything about it”.

“It's unfortunate. Its either somebody is concocting stories or somebody is being mischievous” Moore concluded.

The Hearts of Oak Chief also noted that the club’s board is working hard behind the scenes to appoint an assistant to support the works of head coach Edward Odoom.

“Assistant Coach, we will get one very soon. We want to make sure we get the best assistant coach we can have, so the board is not going to be rushed into just appointing anybody”.

“The head coach is aware of the work that is going on behind the scenes to get him the best support that he can get” he mentioned.