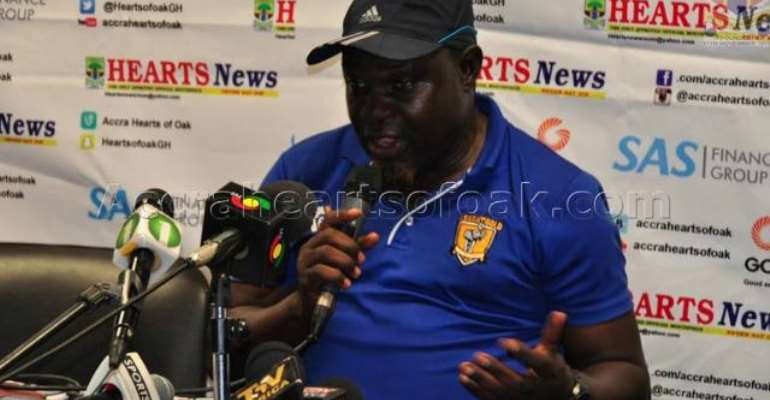 Former Assistant coach of AshantiGold SC, Yakubu Sherrif Mambo has threatened to expose the management of the club should they continue to tarnish his reputation.

Mambo was demoted from his role after the club suffered a 6-1 defeat against WAFA in the Ghana Premier League.

However, the trainer has since hasn’t set foot at the club training grounds since his demotion on March 12.

According to him, the club hasn’t given him any letter to that effect and he will only return to training after getting the letter from the management.

According to him, the club brought him a query letter and has replied them upon receiving the letter.

“Dr Kwaku Frimpong told me to step aside from the senior team and told me a letter will be given me to take charge of the youth team and I’m yet to receive that letter so how come they query me for not training with the youth," he told Nhyira FM.

“Whether I tore the Query letter into pieces or not, I replied to them (Ashanti Gold management) after receiving it. They have noticed that the content of my reply is very serious. Should the management dare me, I will reveal all the secret of the club”

But Public Relations Officer for Ashantigold Daniel Bioh in a response to coach Mambo insisted there is no need for the club to give him another appointment letter because the contract the club has with him is that he’s to serve as the youth development coach.