Justice Blay Vows Never To Play For Hearts of Oak 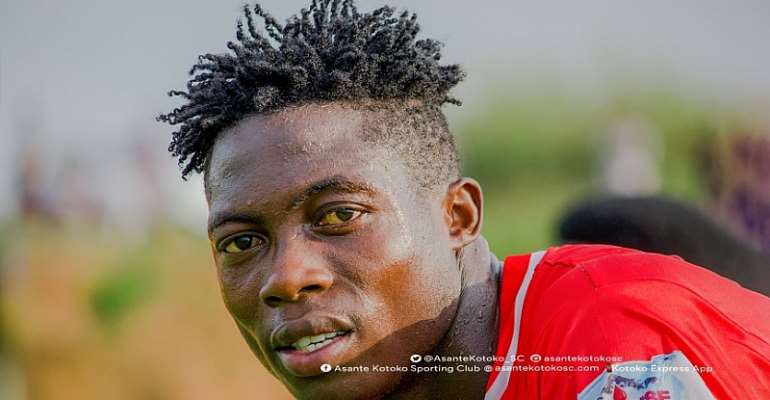 The Medeama SC loanee has been sensational for the Porcupine Warriors.

Despite players crossing carpet, the 26 year old says he will never be ungrateful to the club by playing for their sworn rivals.

“There were many approaches for me to join Hearts of Oak during my days at Medeama but couldn’t be successful," he told Kumasi FM.

"I remember how one supporter of them who is a police officer (Sheriff Phobia) at Takoradi who was on my neck to sign for them but gave up on me.

“I cannot be ungrateful to Asanteman and the Kotoko fans for everything they have done for me,” he added.

Blay was on the scoresheet when Kotoko stunned Hearts of Oak 2:1 in the matchday six fixtures at the Accra Sports Stadium.