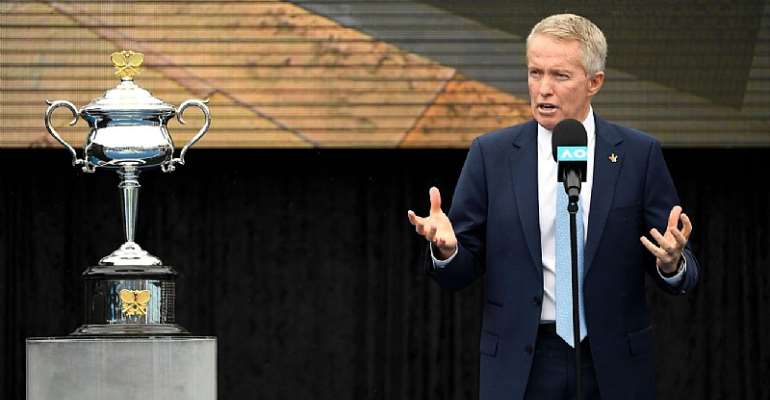 Tennis could lose the remainder of the 2020 season to the coronavirus pandemic, Tennis Australia chief executive Craig Tiley has said.

The tennis season screeched to a halt in early March due to the respiratory illness, which has infected almost 800,000 in the world while killing over 38,500 since emerging in China late last year.

The men's ATP Tour and the WTA, which runs the women's circuit, have suspended all tournaments until June 7 after countries started locking down borders to contain the spread of the coronavirus.

"My personal view is I think for tennis to come back this year is going to be tough," Tiley told The Sydney Morning Herald and The Age.

The Australian Open, which started in January, has so far been the only Grand Slam that was not impacted in 2020 with the French Open organisers moving the claycourt major back to September from its May start. Wimbledon organisers will announce the cancellation of the grass-court Grand Slam this week, according to German Tennis Federation vice-president Dirk Hordorff.

Tiley said TA was planning to run next year's Australian Open on schedule.

"(When) you can travel globally is when tennis can come back, from a pro level. From a local level, we can start right away and that's what we would be focused on at the beginning."

The French Tennis Federation came under heavy criticism from tennis players around the world at the lack of communication as the new dates clashed with several other events already featuring on the calendar.

The new French Open dates mean the clay-court major will start at Roland Garros a week after the conclusion of the U.S. Open on the hard courts of Flushing Meadows in New York. It also clashes with the September 25-27 Laver Cup, a team event co-created by Roger Federer and sanctioned by the ATP.