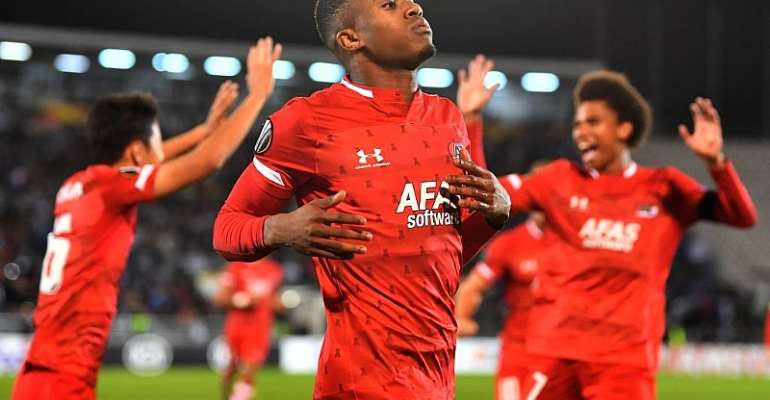 Premier League side, Arsenal are weighing up a summer move for AZ Alkmaar striker Myron Boadu.

The Dutch-born has enjoyed a breakthrough campaign for AZ, scoring 18 goals and assisting 10 in 32 appearances.

According to Voetbal International, the 19-year-old has joined a ‘long shortlist of names’ that could replace Pierre-Emerick Aubameyang, who is expected to leave the club.

Born to Ghanaian parents in Amsterdam, the 19-year-old revealed in December that he rejected Arsenal some years ago to pursue first-team football in the Eredivisie.

“I’m playing in the first team now,” he told Goal. “I don’t know if that would have been the case at Arsenal.

“I would have been facing boys of my own age, which didn’t appeal to me. I never regretted rejecting those clubs.”

Arsenal have another Eredivisie starlet in their sights, with Feyenoord midfielder Orkun Kökcü also being considered.

Come carry Mahama’s E-block away if you won’t open it and gi...
29 minutes ago