There Was No Approach From Ghana Or CK Akonnor - Myron Boadu 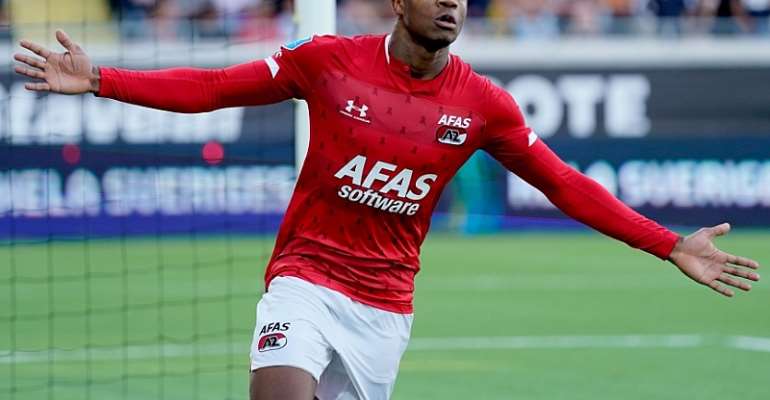 AZ Alkmaar striker Myron Boadu has openly shared that there was no approach by Ghana officials.

The Dutch-born 19-year-old has been one of the young players n Europe that has made the headlines this season.

Born to Ghanaian parents in Amsterdam, Boadu was reportedly courted by the West Africans over a switch of international allegiance from the Netherlands whom he represented at various youth levels.

“No, actually not," Boadu said, as reported by his club's official website.

"Me, my parents and my agent have never had a call or anything [from Ghana officials].

"So I didn’t have to choose. In the end, it all went quickly with Oranje.”

"That is a shame, of course. But health is the most important thing," the forward said.

"The pre-selection does show that the national coach has confidence in me.”

In November, he made his debut for Oranje in a Uefa Euro 2020 qualifier against Estonia, thereby becoming ineligible to play for the Black Stars.

Prior to making his senior debut for the Netherlands, Boadu was reported by Ghanaian media to have been approached by then Ghana coach James Kwasi Appiah for a switch of international allegiance and that he rejected the offer.

His fine form in the Dutch Eredivisie this season has reportedly attracted interest from Arsenal, Real Madrid, AC Milan and Ajax.