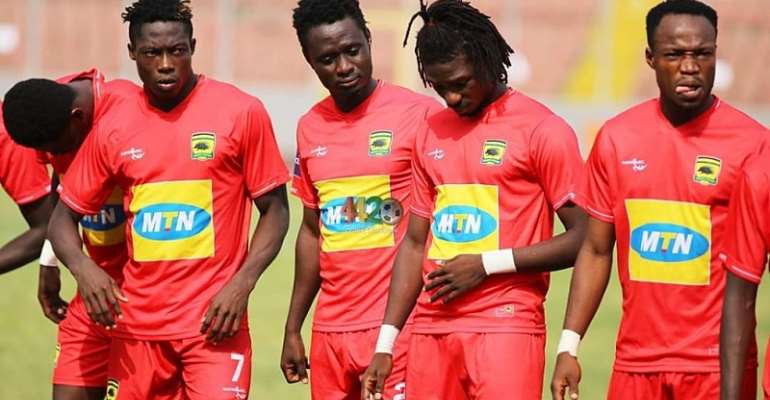 Asante Kotoko have will loan out top six players ahead of the second round of the 2019/20 league season.

According to a report filed by Kickgh.com, Maxwell Konadu has submitted five players to the management of the club before the start of the second half.

Striker Richard Arthur who joined the club on a free transfer was also among the list submitted to management for a possible loan switch.

Youngsters Douglas Owusu Ansah and Evans Owusu are also considered to leave the club for other clubs until the end of the season.

These five players have struggled for regular playing time at the club in the ongoing season.

Before football activities were suspended, the Porcupine Warriors amassed 25 points after 14 matches played leaving them at the 3rd position.