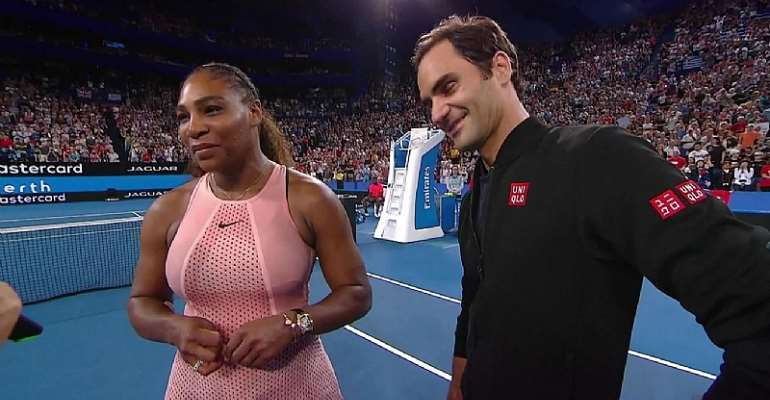 For Serena Williams, coronavirus could not have come at a worse time. Time is running out for the 23-time Grand Slam winner to claim that elusive 24th major title and Margaret Court's long-standing record for her own.

Since her comeback from maternity leave in 2018, Serena has had a litany of young talents gunning for her. The likes of Naomi Osaka, Sofia Kenin and Bianca Andreescu have all beaten her in majors. They were all toddlers or not even born when Serena started winning Slams.

The new era of women's tennis has well and truly been ushered in. Andreescu and Ashleigh Barty have emerged as Grand Slam winners, Simona Halep has become one of the circuit's most experienced pros and Serena's contemporaries have begun to move on, with two old rivals in Maria Sharapova and Caroline Wozniacki having retired.

Increasingly, she looks like yesterday's woman, with just her sister Venus, who is now very much a part-time player, left from her generation.

Though Williams has not been infected by coronavirus, it has not been without its effects on her, with the 38-year-old revealing that social distancing has triggered her anxiety. If she is not mentally well, that could prevent her from doing the physical exercise she needs to do to remain in shape when the tour resumes.

Prior to her pregnancy, Williams beat players through sheer mental strength and willpower. Since her return, that veneer of invincibility has gone. It seems highly dubious that she can lose up to a year of competitive playing time and still shoot for the biggest titles.

How will Federer's career be impacted?
In the men's game, the coronavirus crisis has arguably come at a convenient time for Roger Federer. He laboured to the semi-finals of the Australian Open and was well beaten by Novak Djokovic in the last four and looked as though he was playing on one leg.

Subsequent knee surgery ruled him out of the entirety of the spring and the clay swing, with a mooted return ahead of the grass-court season and Wimbledon his most realistic chance of claiming Grand Slam No. 21.

In the meantime, it seemed almost certain that he would enter Wimbledon with Nadal having already equalled his tally of 20 by coasting to his 13th French Open, albeit with Djokovic also looking in supreme form in his unbeaten start to the season.

Federer would have had to enter Wimbledon without match practice and without the confidence that success brings. He may have skipped the clay-court season to great success in 2017, but by then he had won the Australian Open, Indian Wells and Miami.

Not only would time out of the season prevent Nadal from equalling his record as soon as June, but it would allow Federer to follow his projected rehabilitation programme and return with much the same match practice as his rivals.

Should coronavirus force the cancellation or postponement of more tennis, it would rob Djokovic and Nadal opportunities to surpass his Grand Slam record and give some of the ATP's rising stars the chance to further themselves.

The suspension of tennis buys Federer and robs Serena of, time.