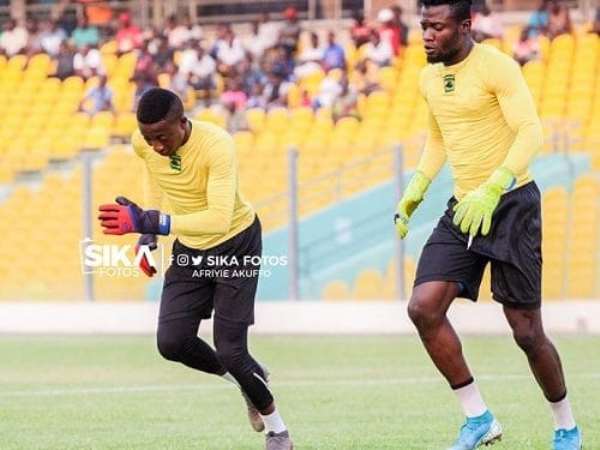 Asante Kotoko goalkeeper, Kwame Baah reiterated that he has no issue with Felix Annan insisting that he has won teh race to be the club's first-choice goalkeeper due to "hard work and determination".

Following the appointment of Maxwell Konadu as the head coach of the Porcupine Warriors, Baah has been teh first-choice goalkeeper over Felix Annan.

There have been reports suggesting that there is bad blood between the pair but speaking to Nhyira FM in an interview, the Ghana U-23 goalie says, Annan still remains the first choice goalkeeper of the club.

"It's all about hard work," Baah said.
"Felix is my senior and the first choice goalkeeper but I couldn't disappoint [when I had the chance].

"The challenge to keep manning the post came after I featured in the win against Hearts of Oak.

"Some fans said a whole lot of things but they have come to the understanding that it's all about hard work and determination."

Baah took over the starting position five matchweeks into the Premier League season when Annan took time off to tie the knot with his girlfriend in January.

The Porcupine Warriors, third on the league table, are the most successful club in the history of the championship with 23 titles.

However, reports in Kumasi suggest that Annan is prepared to leave Kotoko.

Come carry Mahama’s E-block away if you won’t open it and gi...
34 minutes ago