REVEALED: Why Andre Ayew Was Sold By West Ham United 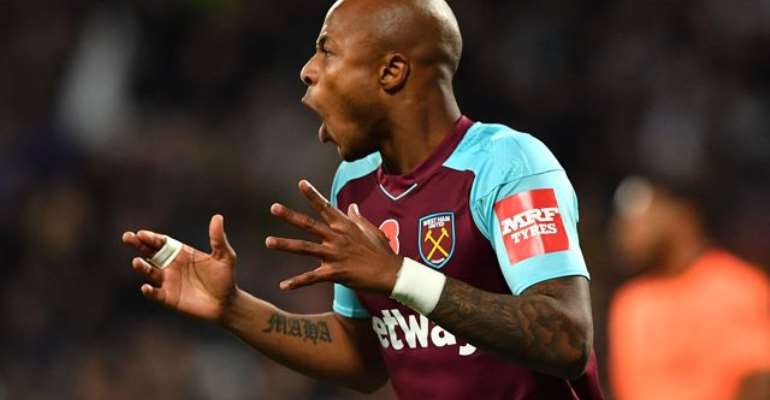 During David Moyes’ first spell in charge at West Ham in 2017/18, three players left the club with the inclusion of Andre Ayew as he tried to make his mark on the squad.

Diafra Sakho and Jose Fonte were all allowed to leave the club to seek pastures new with the manager bringing in Jordan Hugill, Joao Mario and Patrice Evra as their replacements - two of those have left the club while Hugill is on loan at QPR this season.

Moyes managed to help steer the Hammers to survival that season after replacing Slaven Bilic at the helm, a 2-0 win at Leicester City effectively sealing the club’s top-flight status for another year but it wasn’t enough as that summer, he was replaced by Manuel Pellegrini.

As we all know, the Scotsman is now back at the club after Pellegrini was ditched 18 months into his contract after winning just two games in 12 between September and December last year.

Moyes allowed the Black Stars skipper to return to the club where he was purchased from, Swansea City, for a little less than what the Hammers paid for him a year before when he became the club’s record signing at £25m.

According to reports, the former Manchester United manager never the playing style of the 30-year-old and made it clear to him and the board he will not get enough playing time at the club.

In the summer of 2018, Ayew joined Turkish side Fenerbahce on loan for the season, scoring five times in 29 games.

Back in the Championship side, Ayew had made 35 appearances this campaign, scoring 12 goals and assisting five others as the Swans sit in 11th place and primed for a push for the play-offs whenever football may return.