Christian Atsu Named Among 10 Players That Flopped At Everton 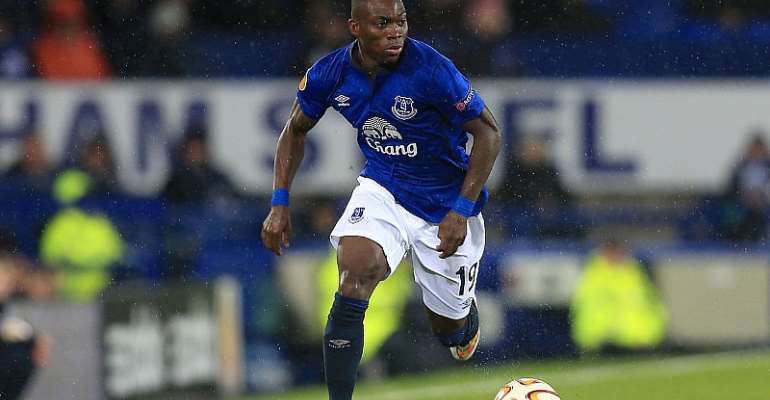 Ghana winger, Christian Atsu has been named among ten players that failed to impress at Everton.

The 28-year-old winger joined the Toffees on loan from Chelsea in teh 2014-15 season.

Atsu, who joined Chelsea from FC Porto failed to impress under Jose Mourinho.

The pacy winger joined the Chelsea with plenty of promise but his time at Everton was hampered by a hamstring injury and then interrupted by his involvement in the Africa Cup of Nations.

Atsu would end up starting in the biggest game of the season, however, when ineligibility forced Aaron Lennon out of the Europa League second leg tie with Dynamo Kiev in Ukraine.

He failed to score for Everton.
Other players are below