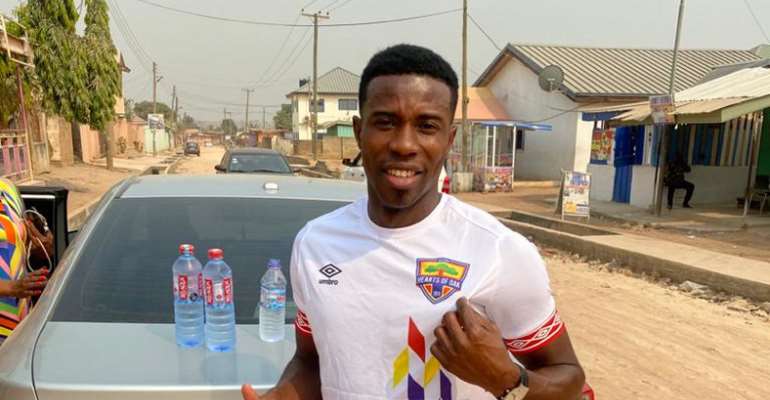 Former Hearts of Oak skipper, Thomas Abbey has expressed interest in returning to the club when they approach him with a good offer.

The 28-year-old joined the Phobians from Windy Professionals in Winneba and became an instant hit in the club.

Abbey enjoyed a scintillating season in teh 2016/17 season scoring 3 goals for the Accra giants and subsequently earned a call-up to the Black Stars B for the WAFU Zone B Championship which he played a key role as Ghana won the tournament.

The skilful midfield gem left the 19 times Ghana Premier League champions for Egyptian giants Ismaily, but he says he won't hesitate to return to his idol club when the opportunity avails itself, now that he is a free agent.

“I’m a free agent now and ready to sign for Hearts of Oak if only they give me good offer, why not, football is my job," he told Angel TV.

“If only they will sit down with me and offer me something good I will sign for them.” he ended.

Abbey, who is currently a free agent after his contract with Malaysian outfit PKNP was terminated — is looking to rejoin his former employers.