Alex Song: Where Did It All Go Wrong? 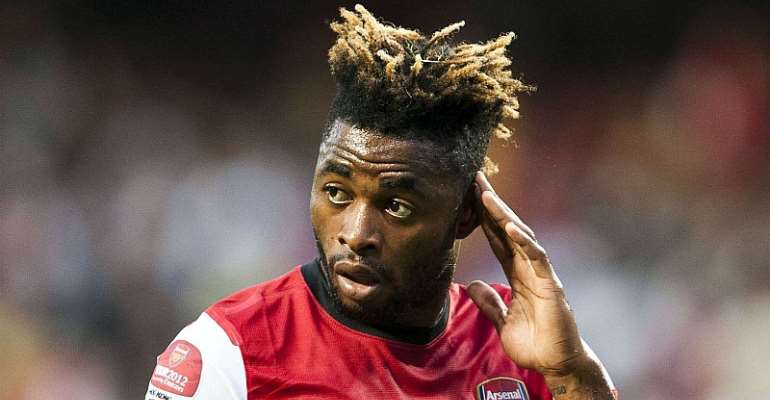 After news spread last week about Alex Song’s sacking by Sion for reportedly refusing to take a paycut amid the coronavirus crisis, it summed up how far the 32-year-old has fallen from the halcyon days of his early career.

Never the flashiest on the pitch, his eccentric tinted hairstyles aside, Song arguably enjoyed his finest campaign in the 2011-12 season, when it appeared as though he had the world at his feet, and was primed to become, potentially, the finest African central midfielder of his generation.

After the departure of Cesc Fabregas to Barcelona in 2011, Arsene Wenger needed another creative lynchpin to replace the world-class Spaniard, and, rather than reinvest the funds into a big-money midfield buy, the Frenchman put his faith in and elevated the Cameroon midfielder.

The upshot of that was an outstanding individual campaign for Song, who provided 11 Premier League assists (14 in all competitions), which was an exponential increase on his tally from the previous two seasons – four and two in 2010-11 and 2009-10 respectively – as Arsenal finished third in the table.

For a bit of context, Fabregas set up 16 in his final campaign in North London and 19 the year before, so Song’s return suggested he could have the quality to step into the Spaniard's shoes.

Besides his incredible confidence to take on three Borussia Dortmund players and subsequent end product to set up Robin van Persie’s header against the German club in the Champions League, three other assists for the Gunners’ new chief creator stood out too; the first, and perhaps the best of the lot, came against Everton at the Emirates Stadium.

With 20 minutes to play, the midfielder who had just advanced past the half-way line played a sublime side-footed pass from his inside-right position for van Persie (in the inside-left channel) to volley home via the post in the 1-0 victory over the Toffees.

The second was emotional, as it marked Thierry Henry’s special return to the club in their FA Cup game vs Leeds United.

A dull game finally came to life after 78 minutes when the Cameroonian picked out the club’s leading scorer in his favourite inside-left position and the Frenchman coolly finished in customary fashion to seal a 1-0 success.

Finally, against another Merseyside outfit, and in fairly similar fashion to the Everton assist – except Song was in the inside-left position this time, just in Liverpool’s half – the team’s playmaker played in RvP with a well-weighted through ball over the top for the Dutchman to side-foot past Pepe Reina to win the game 2-1 for the Gunners in the 92nd-minute.

All three assists were match-winners, and while they all required top finishes from van Persie and Henry, the quality of the passes were sublime and it seemed like Wenger's decision to look within rather than splurge was a masterstroke.

With his best season yet, and considering the structure at Arsenal, everything seemed set up for Song to become the Gunners’ next big thing…but everything changed after Barcelona came calling.

At 24, the former Cameroon international joined the Blaugrana, but his time in Spain came nowhere close to his last few years in North London.

Sergio Busquets was Barca’s primary deep-lying playmaker, meaning the African was used in his best role only when the club’s academy product was injured or rested, and was largely played at centre-back.

This took away the player’s creative edge and he, like Alexander Hleb and to a lesser extent Fabregas failed to replicate his Arsenal form at Camp Nou. In two years in Spain, Song played 65 times in all competitions but scored once and recorded just two assists.

Unfortunately for the player, his prime years were underwhelming and he ultimately failed to deliver on the promise of that 2011-12 campaign.

There was a spell with West Ham United from 2014 to 2016 which amounted to little, while the less said about his time in Russia with Rubin Kazan the better.

Song was instrumental in helping Arsenal end as the top London club since the Invincibles season in 2003-04, while it gave Gooners brief hope they’d found the perfect replacement for Fabregas.

The ex-Indomitable Lion may have won La Liga in 2013, the only major trophy of his career, but he never truly reached the heights of that incredible final season with Wenger’s team.

Following his sacking by Sion, one has to wonder what might have been had he stayed in the capital and rejected overtures from one of the biggest clubs in the world. Unfortunately, we’ll never know.