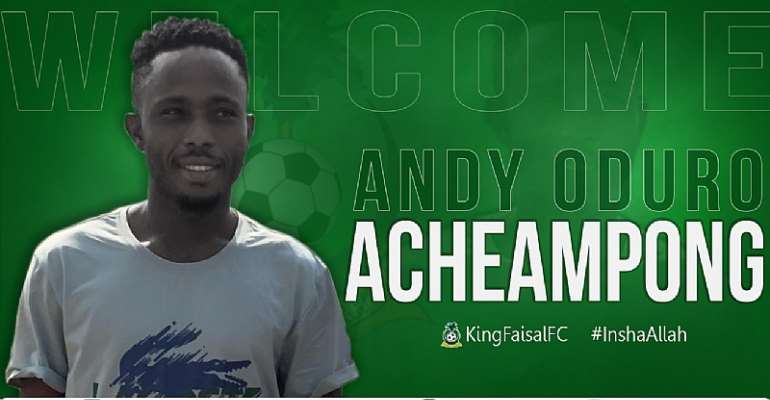 Ghana Premier League side King Faisal has wrapped up the signing of attacking midfielder Andy Oduro Acheampong to reinforce their squad.

The Kumasi-based club has the worst record in the 2019/2020 Ghanaian top-flight league after failing to record a single win in 14 matches. The team currently sit bottom of the standings of the division with just 6 points.

In a move to strengthen their squad before the suspended Ghana Premier League resumes, King Faisal has secured the services of former Star Madrid midfielder Andy Oduro Acheampong.

“We can today confirm the signing of Andy Oduro Acheampong. Oduro is an extremely versatile player and previous clubs include Star Madrid, Rainbow FC, and Corners babies. He is a gamechanger on his day. Welcome to the club Zola”, a statement from King Faisal on their Twitter page has said this evening.

The player becomes the second signing of the club in this transfer window after they sealed the transfer of former Hearts of Oak goalkeeper Samuel Akurugu.