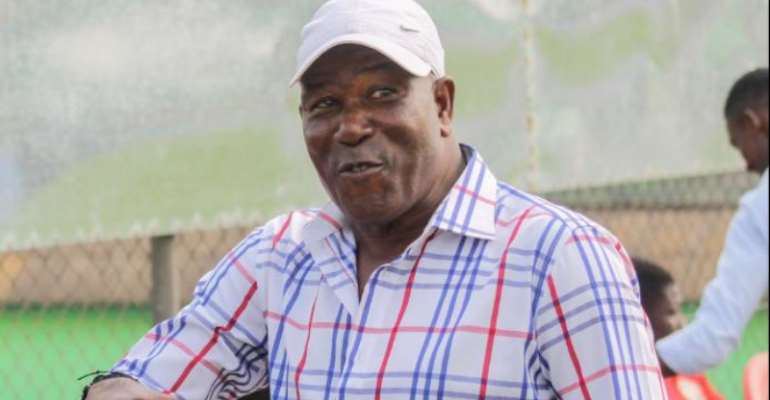 In today’s profiling, our focus is on the Head Coach of the Ghana Under-20s, the Black Satellites.

Abdul-Karim Zito is a former Ghanaian International right-back who played for Asante Kotoko.

Currently, he is the Head Coach of Ghana Premier League side Dreams Football Club.

Full Name: Abdul-Karim Zito Kabutey
Nickname: ‘Soccer Policeman’
Place of Birth: Nsawam
Age: 60 years
Abdul-Karim Zito Kabutey was born on 5 October 1960 at Nsawam in the Eastern Region of Ghana. He lived and schooled in Nsawam where he attended St. Martin’s Secondary School. He started playing football at an early age but his club career started officially as a lateral defender, specializing on the left and right-wing of defense for GIHOC Stars in the early 70s.

He was nicknamed ‘Soccer Policeman’ by veteran commentator Kwabena Yeboah during a CAF Cup second leg match between Kumasi Asante Kotoko and Semasi Club of Togo at the Kumasi Sports Stadium. He took over the position of Charles Oppong who had started in the 2-0 first leg defeat in Lome. Zito earned this nickname due to his brilliance on the day and his ability to keep Semasi’s danger man Abdul Razak at bay on the day.

Zito moved to Juantex FC before Kumasi Asante Kotoko spotted and requested for his services in 1978. At Kotoko, Zito played for three years, from 1978-80 before moving to Kumapim Stars. Abdul-Karim Zito’s prowess at Club level gave him prominence and was later selected to play for the Black Stars from 1980-1984.

In Coaching, he holds all the three approved licenses from CAF i.e. C, B and A. Abdul-Karim Zito brought his coaching ability to bear after qualifying the following clubs to the Ghana Premier League. He led Kwaebibrem Stars, Feyenòord Academy the Premier League.

Kumapim Stars (player/coach and Mighty Royals and FC Medeama to Division One. He also had stints with - Asante Kotoko, Accra Hearts of Oak, King Faisal, B/A Stars, He then took over from C.K Akonnor at Dreams FC and led them to the Premier League in 2018 before winning the G8 tournament.

Before his latest appointment as Coach of Ghana Under 20s, Abdul-Karim Zito held the position of Head Coach of the Black Starlets (U17). He is a committed Moslem, married with 7 children 5 boys and 2 girls.